Aamer Liaqat's Ramazan promo: 5 hilarious reasons he lay in the sand in uniform 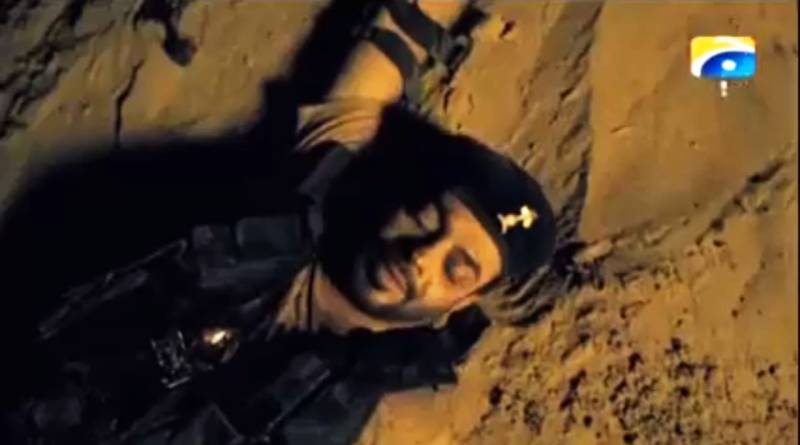 Aamir Liaqat has once again amazed Pakistani audiences by releasing a shocking promo for his new Ramzan show.

Apart from seeming like an ISPR video produced by Waseem Ahmad Shaikh (of ‘axxcuse me’ renown), the promo for the new “Pak Ramazan” show clearly draws on the powerful sentiments Pakistanis feel towards the unfortunate victims of war.

The image of Liaqat lying motionless and covered in blood is one most likely welcomed by a large portion of viewers, who were probably disappointed to hear the man take to the internet later to announce that his show would run non-stop for four days.

While the promo is short, it is graphic and can be interpreted in a number of ways (and trust me, we will). The fact that Liaqat is in military dress (that looks like a rollerskating outfit gone wrong) raises further questions. So does his laying spreadeagled in the sand. These questions cannot be ignored, which is why we took out some time to consider why the online Aalim found himself in such an unfortunate position in the sand.

Although this product has been endorsed by the Sultan of Swing, Wasim Akram, and Ahmad Shahzad, some fear that the fragrance was launched to eradicate religious TV personalities to clear the stage for Mr.  Jay Dot himself. 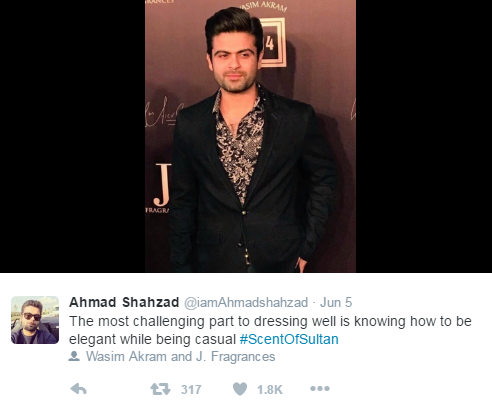 The involvement of Wasim Akram in the conspiracy serves to make the matter even shadier, and it is possible that the alcohol in these ‘fragrances’ have had disastrous effects on our beloved Aamir Liaqat. Who would’ve known that the #ScentofSultan is deadlier than the Sultan himself.

2. Eating too many mangoes

Yes there is such a thing as eating too many mangoes. While arguably the entire country is guilty of this, Aamir Liaqats zeal for mangoes puts him a touch above everyone else. Just look at his rallying cry of ‘Jo Aam tameez se khata hai, wo badtameez hota hai’. 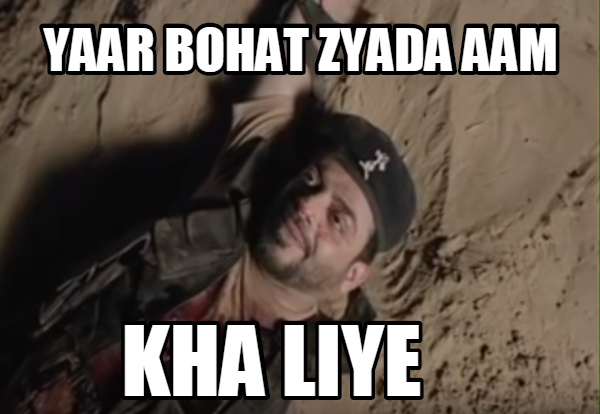 It is completely possible that Dr. Sahib overestimated his mango eating capabilities shortly after breaking his fast (haven’t we all) and is now taking a minute to rest in the sand; why the Pakistani flag is present however, nobody knows.

3. Fighting with a TV channel

After shocking discoveries regarding his true persona (kaisa diya, anyone?), Liaqat left Geo and jumped ship to ARY. Soon after, he made another massive U-turn after his former employers realized that the "kaisa diya" video had only increased his popularity. Nevertheless, the manner in which he parted ways was not exactly the most civil and there is every reason to believe that his nemesis in the promo is the evil media corporation. Although, the media, unlike a real enemy, is not more used to dropping bullshit than bombs. 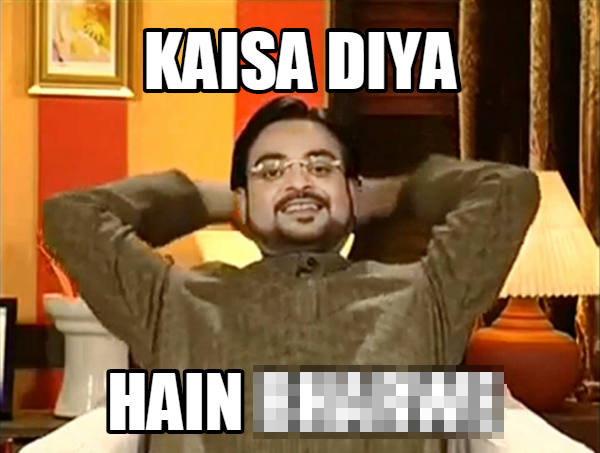 One thing that can be expected from every man in military uniform in Pakistan (no not martial law) is an unhealthy knack for developing real estate (see image below).

While it is unlikely that we will see Ghalib Housing scheme anytime soon, the correlation between the armed forces and land allocation is indeed a curious phenomenon, almost as curious as Aamir Liaqat lying on the ground, safeguarding our ‘sarzameen’.

Everyone gets tired at some point. So what if Liaqat is sick and tired of all the people paying so much attention to his every move? What if Aamir Liaqat is well and truly out of ideas? Could it possibly be that this legend of recent renown has run out of things to say? Let’s see.