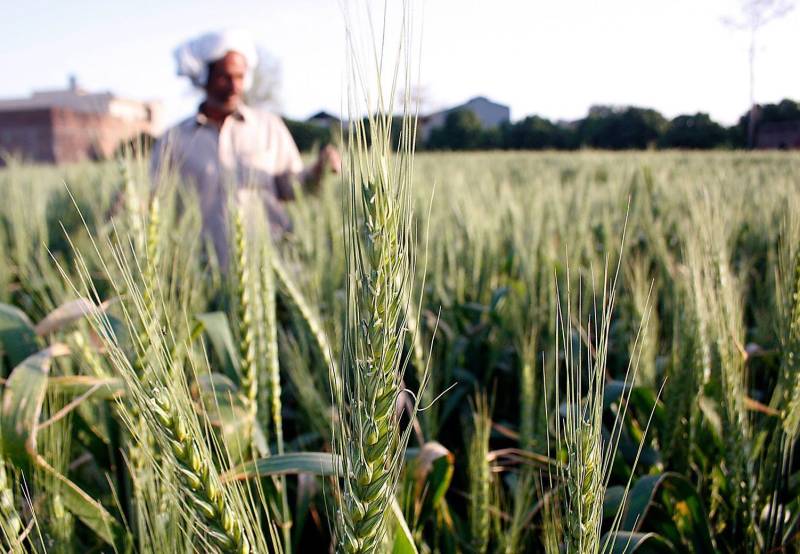 A few hundred farmers reached Lahore from different districts of southern Punjab on November 2. They spent a night under the open sky, endured police torture the next day, and returned to their homes that night.

Two days after their protest and sit-in, an office-bearer of the Pakistan Kissan Ittihad (PKI), who sustained injuries in teargas shelling and torture of police, died in a hospital of the provincial metropolis. Body of Malik Ashfaq Langrial was shifted to his native city Vehari where he was buried in local graveyard.

It was one of the two factions of the PKI, which brought farmers to Lahore to press the government to increase the support price of wheat and decrease the electricity charges for tube-wells irrigating the land.

The PKI-Ch Anwar faction held negotiations with the Punjab government and called off their protest demonstration after getting assurance that their demands would be addressed.

The group is said to be pro-PML-N and backed by the sugar mill owners for their protest to put pressure on the government, claimed some government representatives.

A PTI leader alleged that the PKI was formed in 2011, but when the general elections of 2013 approached, some of its office-bearers aligned themselves with the PML-N, which was also one of the reasons for the split in the Association.

Khalid Khokhar, a farmer from Multan, who is considered to be close to a feudal lord from Khanewal and Federal Minister of National Food Security and Research Syed Fakhar Imam, is heading the other PKI faction. Both factions undertook countless separate and sporadic journeys to the provincial capital during the past six to seven years with intervals of days between them, which drew the media attention, and chances of point-scoring for the politicians. However, they always returned empty-handed.

“There is no true representation of small farmers in any of the associations across the country,” admitted a senior leader of the PKI-Khalid Khokhar group, seeking anonymity. Currently, he added, one faction of the PKI was considered close to the incumbent government and the other to an opposition party, that is, PML-N; hence they seem to be part of the anti-government agenda. “We have made hectic and earnest efforts to unite the farmers and somehow we succeeded to some extent, but later on, the split occurred in the PKI because of the divergent politically-motivated agendas of the leaders resulting in sinking the boat repeatedly, and never actualizing the real cause,” he opined.

Many associations and organisations claim to be the protectors of rights of farmers. Prominent among these include Pakistan Kissan Rabta Committee — a network of around 27 farmers organizations established in 2003, Agri Forum Pakistan, Pakistan Agriculture and Dairy Farmers Association, Kissan Welfare Association, Kissan Ittehad Council, Kisan Board Pakistan and the Farmers Association of Pakistan — a most prominent lobbying organization of Pakistani landlords currently headed by Foreign Minister Shah Mahmood Qureshi. Unfortunately, farmers remain neglected for decades, which has made fuller exploitation of the growth potential of agriculture all the more difficult.

Farmers desperately need a true representation and there is dire need to unite them and utilise their potential for agriculture growth and betterment of the economy and society. They need resources, access to modern technology, pure seed, pesticides and fertilizers and most importantly, water for their crops.

Just imagine some 18,000 feudal lords receive agriculture credit worth around Rs250 billion every year against about 1.75 million small farmers, who are provided over Rs180 billion after spending days in queues in front of the commercial banks.

It is a fact that the country’s agriculture sector is rapidly deteriorating because of the neglect being faced by the small farmers, an unheard voice in the society and power corridors.