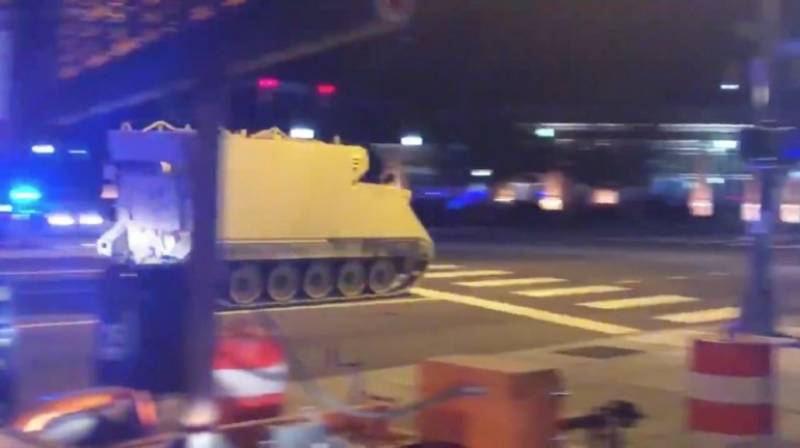 WASHINGTON – An American Army National Guard officer took an Armored Personnel Carrier (APC) on Virginia’s major highway on Tuesday, prompting police to conduct hours-long chase of the driver who was under the influence of drugs.

Joshua Philip Yabut, 29, of Richmond, was charged with getting away with a police vehicle in an unauthorized manner, the Virginia National Guard said in a news release.

Joshua, which barreled the tank down the road stole the vehicle on Tuesday evening from Fort Pickett in Blackstone.

Police chased it for about two hours at speeds as high as 40 mph before the driver stopped and surrendered near Richmond City Hall.

Video showing the APC driving along city streets stumped the social media. During the pursuit, officers closed exit ramps on the highway

This is INSANE! Someone has hijacked a “Tank-like” vehicle from Fort Pickett and just drove it by our apartment! This is on Broad Street in the Fan. pic.twitter.com/EYfhFux1dk

The personnel carrier was driven away during routine training at Fort Pickett and has been returned to the base, authorities said.

The vehicle wasn’t equipped with any weapons, but Yabut had his personal weapon with him without any ammunition, according to the Guard.

Virginia State Police Sargent Keeli Hill told media that the vehicle had been boosted from a Virginia National Guard base and driven along a major road to the state capital, Richmond.