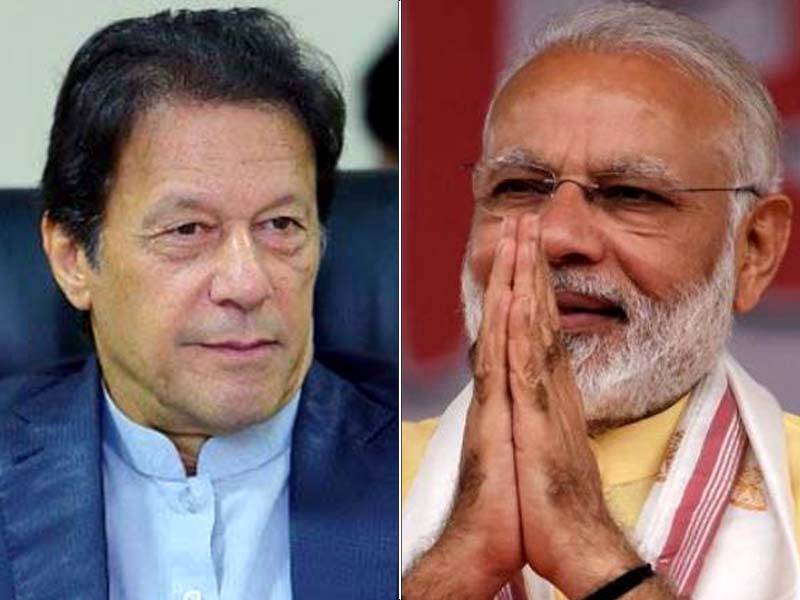 ISLAMABAD – Prime Minister Imran Khan and Foreign Minister Shah Mehmood Qureshi have sent letters of felicitation to their Indian counterparts on assumption of their offices, stressing Pakistan's desire of a peaceful neighbourhood.

The letters underscored Pakistan's vision of working for durable peace and stability in South Asia with peaceful resolution of all outstanding issues, including the Jammu and Kashmir dispute.

Both the PM and the foreign minister in their separate letters emphasised the need to work with India on the basis of mutual respect and trust, to address challenges faced by people of both the countries including poverty and underdevelopment.

The need to advance the goals of regional peace, progress and prosperity through collective endeavours was underscored.

This is the third consecutive letter by Imran to his Indian counterpart since he took office last year. Soon after taking over the reins in Islamabad, Prime Minister Imran had inked a letter to Modi, urging him to resume the dialogue process between the two countries that has been suspended since 2015.

Modi opted not to respond to the offer as elections were approaching in India amid heightened tensions on Pak-India border following a militant attack on an Indian army convoy in Pulwama district of Occupied Kashmir.

The next day, Pakistan responded with an even more aggressive surgical strikes targeting open fields after locking several military installations in the Held-Kashmir on radar, which caused no human loss on the Indian side.

ISLAMABAD - Prime Minister Narendra Modi, in a letter to his new Pakistani counterpart Imran Khan, has called for ...

On May 2, Prime Minister Imran wrote another letter to congratulate Premier Modi on his election win, reiterating his offer for reopening dialogue with India.