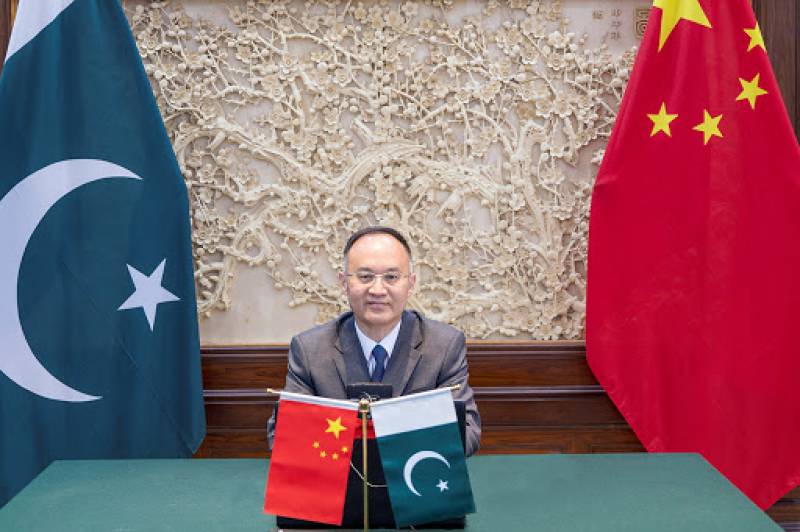 QUETTA – The Chinese ambassador to Pakistan was not in Serena hotel when the suicide attack occurred, Chinese embassy in Pakistan clarified Thursday.

Chinese embassy, while refuting the presence of its ambassador, mentioned that Nong Rong was not in the hotel premises when it was targeted by a suicide bomber on Wednesday. It further added that Rong was in Balochistan capital leading a visit to the delegation the same day.

A statement issued in this regard said ‘when the attack occurred, the Chinese delegation was not in the hotel. Till present, no reports of casualties of Chinese citizens in the attack have been received.’

Nong Rong also shared a tweet on Thursday (today), “Impressive visit of Rashakai Special Economic Zone (SEZ) and effective communication with all stakeholders in regard to the SEZ to secure its development and growth”, the caption reads.

Impressive visit of Rashakai SEZ and effective communication with all stakeholders in regard to the SEZ to secure its development and growth. pic.twitter.com/HwtkFsE7oj

Meanwhile, China strongly denounced the terror attack, offering condolences over the loss of lives in the bomb blast.

Interior Minister Sheikh Rasheed while speaking in a national presser clarified that the Chinese ambassador was not in the hotel at the time of the explosion. The blast was a suicide bomb attack.

Rasheed further said that out of the 11 injured, six had left the hospital after getting basic treatment while the rest are in hospital, out of which only three are in a critical state.

QUETTA - At least five persons were killed and dozens suffered injuries in a blast at the car parking area of a ...