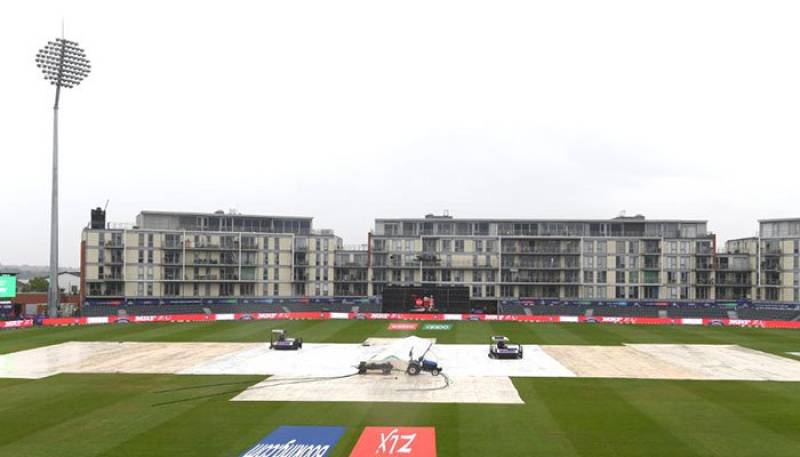 BRISTOL - Both Pakistan and Sri Lanka shared one point after rain washed away the Match 11 of ICC Cricket World Cup 2019 on Friday.

Persistent rain and inclement weather delayed the toss at the Bristol County Ground. As the rain continued, umpires finally decided to call off the game. According to the rules, at least 20 overs per innings are mandatory to be played for an official ODI game.

Earlier, the toss was scheduled to be taken place at 10:00am UK time (2:00pm Pakistan time). However, light but continuous rain has forced the delay.

Pakistan, with a win and a loss, are at eighth spot on the points table, one rank below Sri Lanka.

Pakistan team, according to the team’s batting coach Grant Flower, is in high spirit following a remarkable win against England last week at Nottingham.

Sri Lanka captain Dimuth Karunaratne feels that his side has regained confidence following the win against Afghanistan in the previous match after the disastrous start.