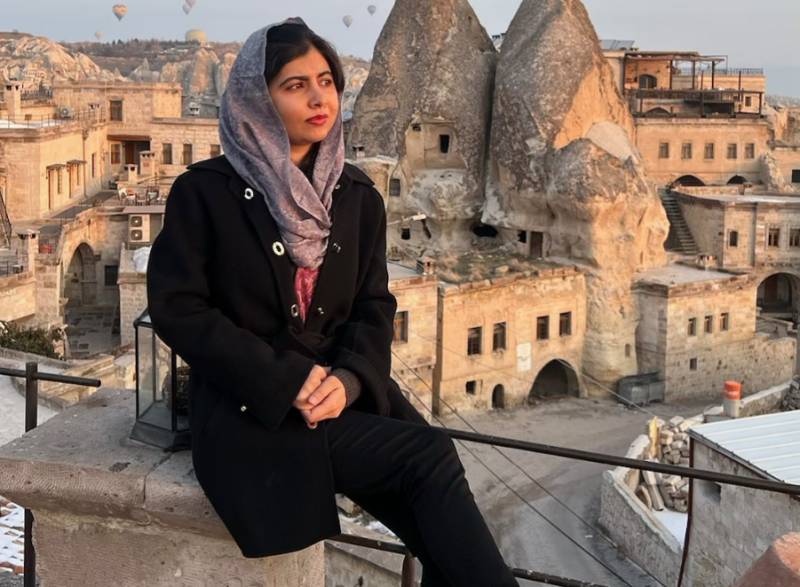 LONDON – Pakistani activist for girls' education and the world’s youngest Nobel laureate Malala Yousafzai said on the eve of the International Women's Day that it was a woman’s right to decide what she wanted to wear.

Yousafzai, who was shot in the head by terrorists for her campaign for the education of girls, voiced her support for women’s right to dress the way they want to, adding that people should not dictate women on their clothes.

From her ordeal in her home town to the hijab ban under the Modi led government in India, Malala touched multiple topics in an article titled "Please stop telling us how to dress".

The 24-year-old mentioned the criticism she faced after appearing in a TV interview. Quoting one of her relatives, who complained to her father, Malala said the relatives raised objections at my appearance saying the girl should be at home, not in front of the cameras.

“Whether a woman chooses a burqa or a bikini, she has the right to decide for herself. Come and talk to us about individual freedom and autonomy, about preventing harm and violence, about education and emancipation. Do not come with your wardrobe notes," she retorted while citing contrasting scenarios.

She also mentioned the punishment a woman faces when she dares to go outside.

The choice of dress determines what people think about women and how they treat them, she said, adding that if you do not follow the community’s established dress code, you’re a threat to the culture and the religion.

Addressing her choices, the young activist said, “My face meant identity, presence and power for me – and I refused to cover it.”

Women and girls in every corner of the globe understand that if they are harassed or assaulted on the street, they are more likely to face a trial for their dress code, she said.

She also shared a picture image of herself in the Western attire which went viral on social media while she was studying in Oxford. She mentioned the uproar for donning jeans and jacket. “I said nothing. I felt no obligation to defend myself or meet anyone’s expectations of me,” she mentioned.

“Someday I might make changes to my wardrobe. I also might not. But exploring and understanding clothing will remain part of my life, as will defending every woman’s right to determine what she wears. I love my patterned, floral shalwar kameez. I love my jeans too. And I am proud of my scarves”, she concluded.