The airbus with 1000 3D printed parts 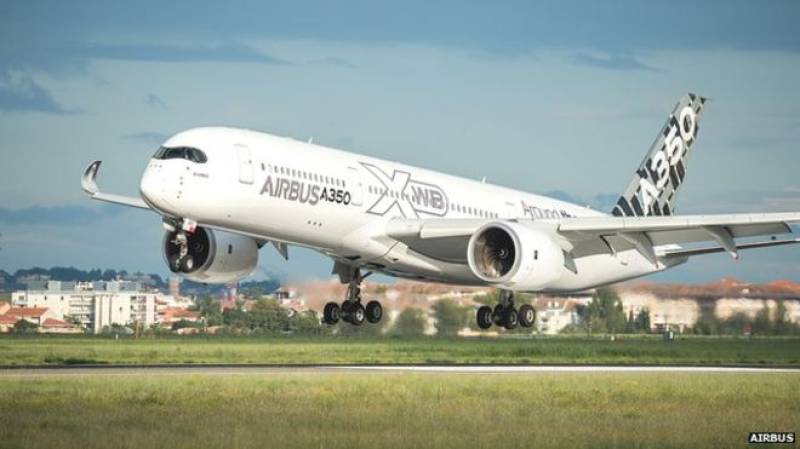 WASHINGTON (Web Desk) - More than 1,000 parts on the Airbus A350 XWB jet were 3D printed with materials that only recently became available to use with the technique, according to BBC.

It means the aircraft has more 3D printed parts than any other before it.

One expert said it was a significant step because new lightweight materials could be used and produced to airline safety standards.

Stratasys, which manufactured the parts, said it had reduced production time and costs.

In a statement the US-Israeli firm said that it had made "more than 1,000 flight parts" using its Stratasys FDM 3D Production Systems. The parts were for the first-of-its-type A350 XWB aircraft, delivered in December 2014.

The process was supervised by Airbus to ensure it met its own delivery deadlines to airlines.

"From what I can gather it's certainly unprecedented in scale," said James Woodcock, an expert on 3D printing with Rapid News.

"Historically, the use of 3D printed parts have been in military aircraft rather than commercial passenger jets."