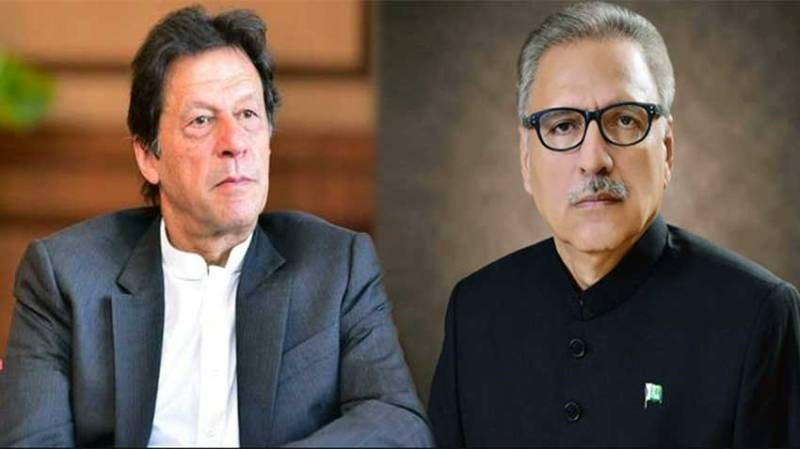 ISLAMABAD - President Dr Arif Alvi and Prime Minister Imran Khan in their separate messages have congratulated the entire nation on the advent of the holy month of Ramazan, the Radio Pakistan reported.

In his message, President Dr Arif Alvi said on the advent of Ramazan the nation should pledge to exterminate all obstacles facing the national progress, peace and prosperity with full resolve.

Prime Minister Imran Khan in his message said his government has already announced Ramadan Package for uninterrupted supply of food items at appropriate prices for the people.

He said it is the government’s utmost endeavour to ensure the supply of electricity, gas and water during Sahr-o-Iftar timings.

No load-shedding during Ramadan

Earlier on Monday, a high-level meeting chaired by Prime Minister Imran Khan on energy reforms in Islamabad was informed that no load-shedding will be carried out on eighty per cent feeders across the country during the holy month of Ramadan as a result of improvement brought in the transmission system.

The meeting was informed that a load management plan has been prepared for the remaining twenty percent feeders where load shedding will be carried out keeping in view the line losses.

However, the meeting was informed that uninterrupted power supply will be ensured across the country during Sehr and Iftar timings.

The meeting was informed that the campaign launched by present government to check power pilferage and ensure recoveries has started producing positive results.

An additional amount of forty-eight billion rupees was recovered as a result of this campaign from December 2018 to March 2019.

Meanwhile, Utility Stores Corporation has announced to ensure availability of all daily use commodities at its outlets across the country during the holy month of Ramazan.

In a briefing to the journalists in Islamabad, Managing Director (MD) Utility Stores Corporation Umer Lodhi said that under Ramazan package, subsidy is being given from 5 rupees to 50 rupees on 19 daily use items including flour, ghee, cooking oil, pulses, baison, dates, rice, milk, drinks and spices.

He said we are making our utmost efforts to ensure the smooth supply of required stock at all the outlets.

The Holy month of Ramazan

The holy month of Ramazan starts in Pakistan, India and parts of some Asian countries today (Tuesday).

During the holy month, Muslims fast each day abstaining from food and drink from dawn to dusk. The Ramazan fast begins with a pre-dawn meal called "Sehri" and at sunset, when it's time to mark the end of the daylong fast, families and friends gather for an evening meal known as "iftar."

Fasting is aimed at drawing worshippers closer to Almighty Allah through self-control, remembrance and humility.

The challenge of fasting for many is also an opportunity to reset themselves spiritually and physically and get rid of bad habits and purify the heart.

During the day, it is also mandatory for Muslims to abstain from gossip and cursing and are encouraged to focus on meditative acts like prayer, reading the Quran and charity.

The Tarawih Salah will also begin from tonight and arrangements have been made at all small and big mosques across the country for faithfuls.

During the Tarawih Salah, Qaris recite holy Quran which mesmerizes the faithfuls.