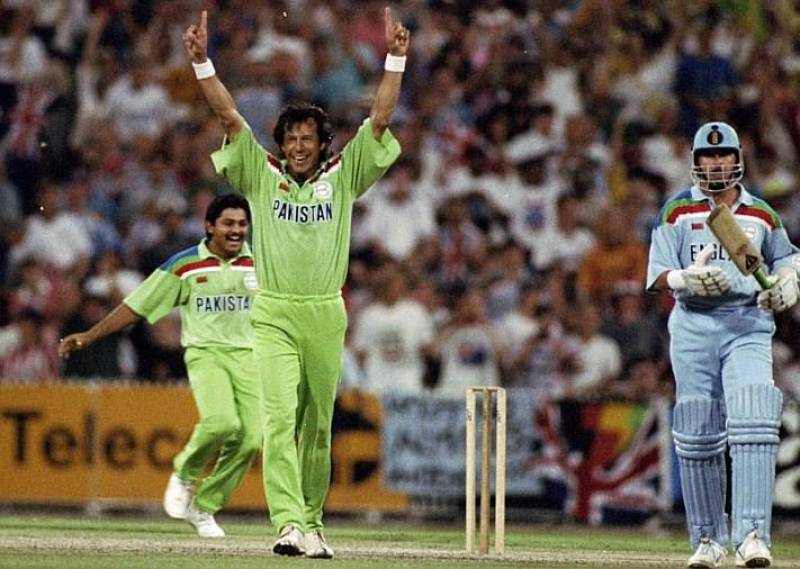 The campaign entered its fifth phase on Thursday, with the followers asked to name two all-rounders of their choice.

The two prominent all-rounders of the 90s and early 2000s Abdul Razzaq and Azhar Mahmood have made their picks.

Azhar Mahmood said here : “I would like to make my dream pair with Imran Khan as I started playing cricket inspired by him. Imran was a hero for me and my favourite cricketer. Among the present lot of bowlers, I choose Shaheen Shah Afridi: I know his capabilities well ,having worked with him closely [as bowling coach].

“Among batsmen, I choose Babar Azam as my batting partner. He is an exceptional timer and during my stint with the national team as bowling coach I have seen some special innings played by him.”

Razzaq, who stood firm and grinded his way to a famous match saving innings against India in Mohali in 2005 (spent 346 minutes at the crease) ,also chose Imran as his bowling partner before selecting another legendary Pakistan cricketer, the batting maestro Javed Miandad, as his batting partner.

Abdul Razzaq said: “I want to thank the PCB for initiating the campaign which is a great way of acknowledging Test stars. During my career, I played with many great cricketers and I consider it a matter of pride and honour. My dream was to bowl in tandem with Imran Khan.

“Among batsmen, I choose Javed Miandad, a legend of Pakistan and world cricket and it would have been an honour to have batted with him.”

The aim of the Dream Pairs activity is to acknowledge the services of former and present stars of Pakistan cricket. Before the all-rounders, the campaigns for spinners, fast bowlers, openers and middle-order batting pairs received tremendous response.

Among openers, the 90s batting greats Saeed Anwar and Aamir Sohail (qualification minimum 1,000 runs as opener) came out as the most popular pair.

The famed left-handed pair was followed by Saeed Anwar’s paring with Majid Khan, regarded as one of the most stylish and productive openers produced by Pakistan.

Among the spinners, the late legendary leg-spinner Abdul Qadir and off-spinner Saqlain Mushtaq were rated as the most popular dream pair followed by the pair of Saqlain and leg-spinner Mushtaq Ahmed.

The qualification criterion for both fast bowlers and spinners was a minimum of 75 Test wickets.

The two-day long all-rounders campaign will be followed by most popular wicketkeeper and captain.