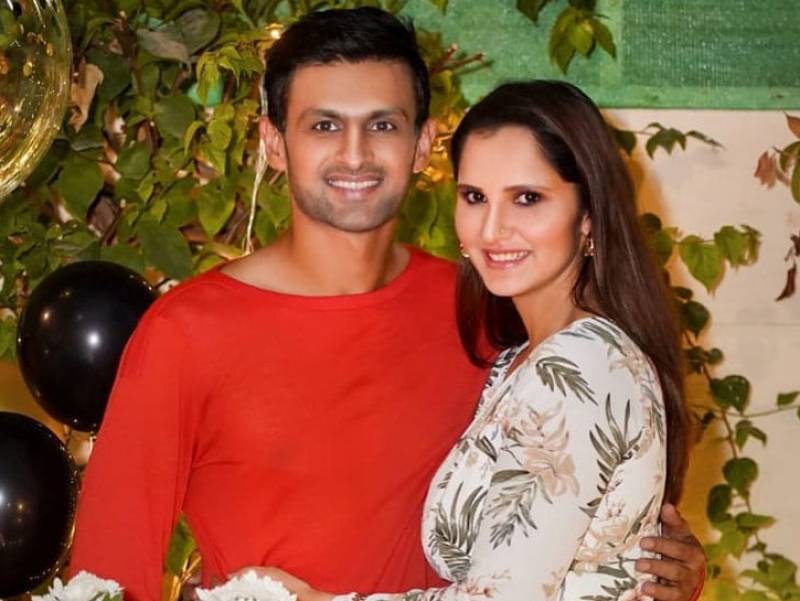 Sania Mirza is the epitome of grace as she juggles her professional and personal life with style. While love beyond border seems pretty challenging, celebrity couple Shoaib Malik and Sania Mirza have been proving quite the opposite.

The tennis superstar surprised everyone as she made a live call on a Pakistan game show. Husband Shoaib Malik and superstar Humayun Saeed were guests on the show as they competed.

Stealing the spotlight, the hilarious exchange has left the internet rolling with laughter. During the call, Sania introduced herself as “Sania Mirza Malik” and Fahad Mustafa addressed her as “The Bahu” of the nation.

Initially, Malik didn’t recognise his wife's voice but when Sania pointed that out he apologised during the live show comically.

His facial expressions were telling everything about the situation. The veteran cricketer apologised leaving everyone amused.

The couple tied the knot in a traditional Muslim wedding ceremony on 12 April 2010.

Back in October 2018, Shoaib Malik announced on Twitter that Mirza had delivered a baby boy and named him Izhaan Mirza Malik.