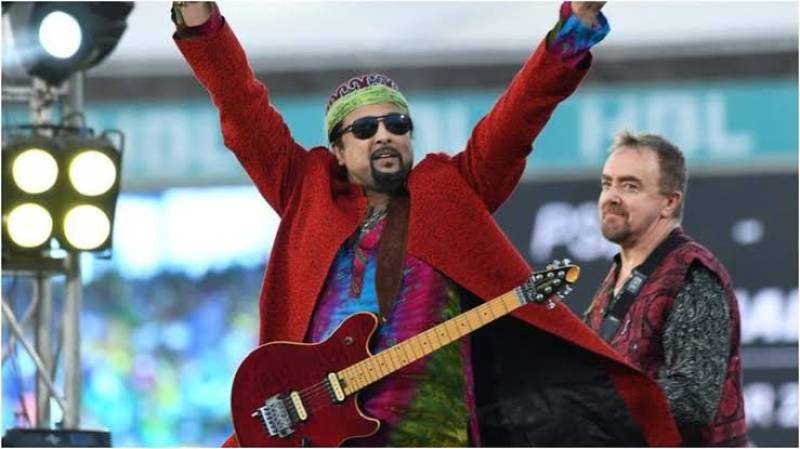 Not long ago, Junoon's most beloved song 'Sayonee' had been ruined by Bollywood.

Produced by Lucky Nadiadwala, music directed by Nitin Kumar Gupta and Abhay Singhal and sung by ever-popular Indian playback artist Arijit Singh, the remastered version of the 1997 classic hit was as disastrous as it could be.

A snippet from the track had been trending on social media as Pakistani's called out Bollywood for plagiarising and ultimately ruining the song's true essence!

However, the original composer of the song Salman Ahmad has a different perspective of the recently-released version.

Sharing some other renditions of the track on Twitter, Ahmad explained how Sayonee is one of the most covered songs worldwide and the latest version is an achievement.

During a recent interview with Mubashir Luqman, the musician shared that Arijit Singh always wanted to make his own version of ‘Sayonee’ and Ahmad recently granted him the license to cover it.

Ahmad’s 2018 composition of the song, sung  by Rahat Fateh Ali Khan and Ali Noor received a lot of backlash as well.

Seems like people only love the original version of the track! What about you? Let us know your thoughts in the comments below and stay tuned for more!