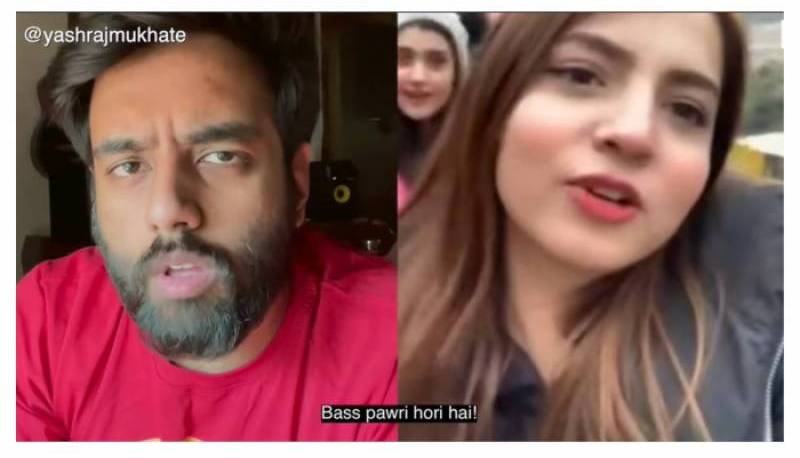 '#PawriHoraiHai' keeps on getting bigger and better – courtesy of netizens and celebrities, the puns are keeping the ‘pawri’ going on, and the Twitter's meme game is also going strong.

With the video storming the internet, the ‘Pawri Horai Hai’ girl, Dananeer, made the clip as a sarcastic dig at a certain gentry. Sharing personalised improvisation on Twitter, Pakistan yet again proved that self-deprecating humour is the best version of comedy.

Transcending borders and winning amusements across borders, the short clip has turned into a full-fledged rap song - all thanks to the Rasode me kon tha Indian singer Yashraj Mukhate.

Presenting his version on the viral clip, Mukhate turns it into an upbeat hilarious track. The '#PawriHoriHai' remix by Yashraj Mukhate has the Internet jamming.

The 'pawri' girl, Dananeer seems to be the modified version.

Within a few hours of going live on Instagram, Mukhate's video amassed more than 3 million views and 530,000-plus likes.

The video of a young influencer dananeerr aka Dananeer, vacationing in the northern area of Pakistan is trending on ...