#Pawrihoraihai trends on Twitter, and the reactions aren’t coming slow 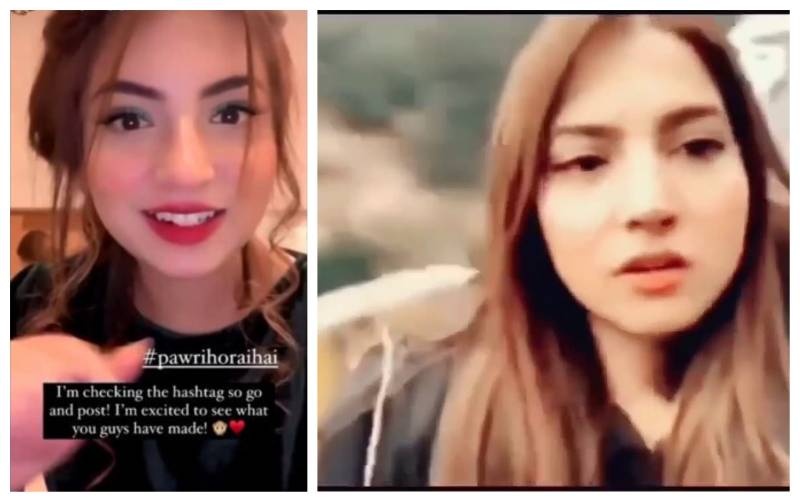 The video of a young influencer dananeerr aka Dananeer, vacationing in the northern area of Pakistan is trending on social media. Mimicking the Pakistani burger accent saying “Yeh hamari party ho rahi hai” in a funny way has amused the netizens.

Moments after the video went viral, the Internet started flooding with various memes and recreations of the video by the users.

Celebs like Aijaz Aslam and Saba Qamar also joined the bandwagon of taking up the trending challenge, and uploaded their versions of the video.

Gaining popularity, the viral video seeped its way into the neighbouring country India as well. Yashraj Mukhate, an Indian musical composer converted it into a parodical video song and posted it on his Instagram.

The hilarious twist given to the song by him is making the netizens roll on floor with laughter.

He is also famous for his "Tuada Kutta Tommy" and "Rasoday Mein Kaun Tha" songs.

In today’s era of social media, it is not difficult to make a name for yourself, especially if you are an influencer, and videos with a small twist helps you a great deal in doing so.

A single meme holds the power of becoming famous, and gets shared by countless people. Same has been the case with “pawri ho rahi hai” video, in which the girl's speaking style, accent was such that the video users found it hilarious, and it went viral in a few hours.

Not confined to celebs only, even the netizens couldn't hold themselves back. Here are some of the hilarious responses to the video:

Its getting out of Control now. ???? pic.twitter.com/XV9BWF3tuS