Pakistan hails adoption of its climate agenda at COP27 summit 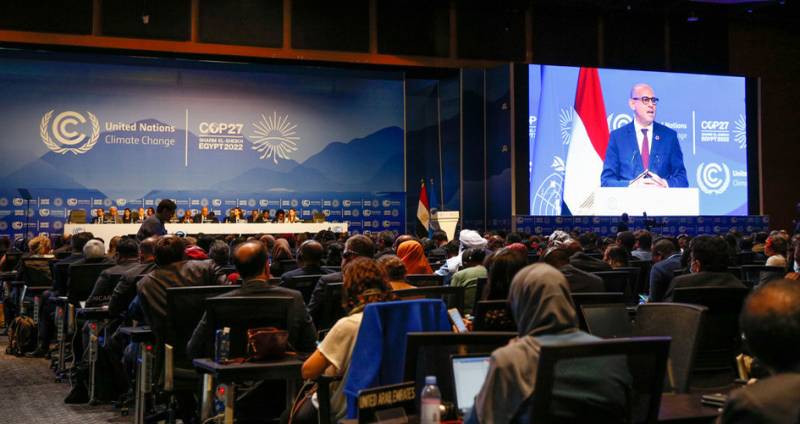 ISLAMABAD – Pakistan on Monday praised the adoption of its proposal by the 2022 UN Climate Change Conference, COP27 summit, of a funding plan to help climate-affected countries cope with surging losses.

Climate negotiators agreed to start discussions on “Matters Relating to Funding Arrangements for Loss and Damage” at the opening session of the summit on Sunday, said Radio Pakistan.

The agreement to put funding to address “loss and damage” on the negotiating agenda came amid sustained pressure from Pakistan, which was hit by summer floods that covered a third of the country, and other vulnerable nations.

Pakistan had proposed the agenda item on behalf of the Group of 77 and China during inter-sessional work at Bonn, Germany in June.

“The agenda item on ‘loss and damage’ was the only one out of eight additional items proposed by various groups, which was adopted by consensus. All the rest were dropped due to lack of consensus.”

Pakistan’s ambassador to the UN, Munir Akram, said this was a recognition of the fact that countries like Pakistan, which confront climate-induced disasters, should not be left to fend for themselves.

The summit kicked off Sunday in the Red Sea resort of Sharm el-Sheikh after a year of extreme weather disasters that have fueled calls for wealthy industrialized nations to compensate poorer countries.