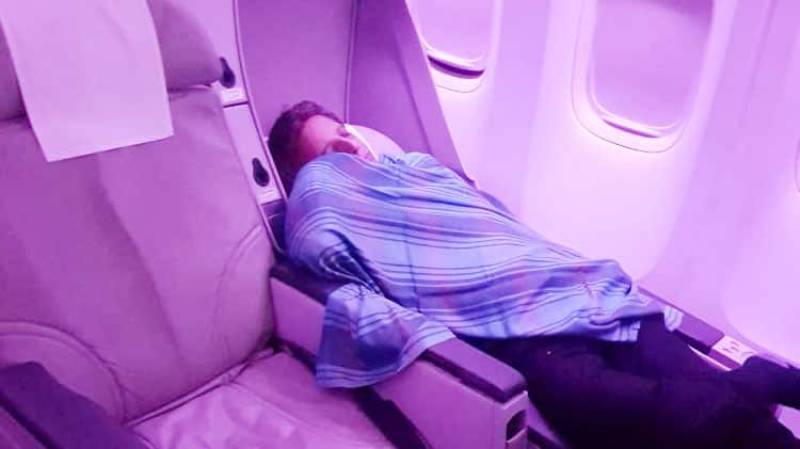 KARACHI - The Civil Aviation Authority (CAA) has suspended the licence of a pilot of Pakistan International Airlines (PIA) for allegedly sleeping and handing over control of a London-bound flight to an under-training pilot in April, local media reported.

The CAA has also directed the authorities concerned to take action against other crew of that flight including pilots, air hostesses and air stewards for negligence. It also asked the PIA to again brief its staff regarding in-flight rest procedure.

The directive was issued by CAA’s acting Flight Standards director Arif Majeed in the first week of September regarding “Finalisation of Inquiry in incident PK 785 dated April 26, 2017”.

Dawn news quoted the directives as saying, “In pursuance of findings and consequent recommendations made in respect of inquiry conducted into PK-785 dated April 26, 2017, the competent authority in the execution of powers vested under Rules 4 and 5 of Civil Aviation Rules, 1994 has ordered the following for implementation with immediate effect.

“(a) The pilot licence of Capt Amir Hashmi be suspended for one year effective April 27, 2017.

“(b) Strict disciplinary action be taken against the entire cockpit and cabin crew to avoid recurrence of such incidents in future.

“Submitted for compliance and implementation under intimation to the CAA”.

Captain Amir Hashmi, who is considered one of the influential pilots, was under investigation after he had been accused of taking a nap in the passenger cabin on an Islamabad-London flight, after handing over control of the flight to first officer Ali Hassan Yazdani and under training pilot Mohammad Asad Ali, putting lives of over 300 passengers at risk.