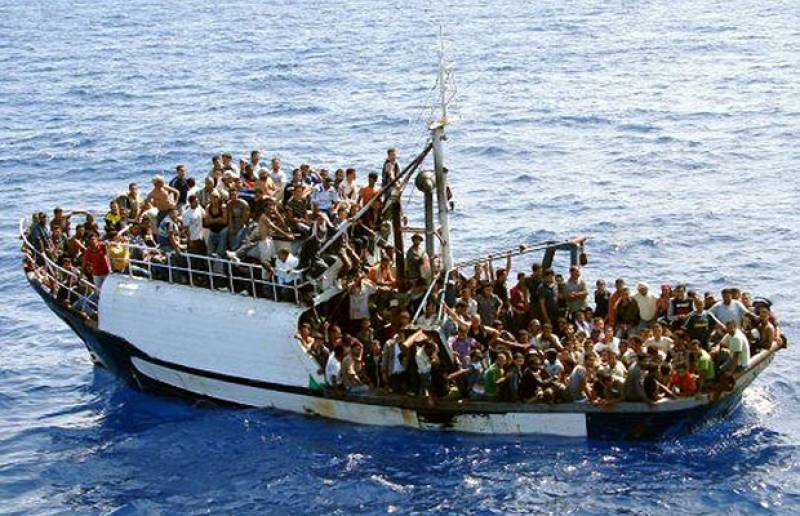 Many of those travelers believe that using a fake document - or having none at all - gives them a better of chance of receiving asylum in Germany and other western European states.

That's because the surest route to asylum is to be a refugee from war and not an economic migrant fleeing poverty. That fact has led to a huge influx of people claiming to be Syrian.

Serbian border police say that 90 percent of those arriving from Macedonia, some 3,000 a day, claim they are Syrian, although they have no documents to prove it.

The so-called Balkan corridor for the migrant flight starts in Turkey, then goes through Macedonia and Serbia before entering the European Union in Hungary.

EU rules say the country where a migrant first arrives must process the asylum claim. But Germany last week abolished this obligation for Syrians, triggering a surge of people trying to travel through the EU to get there, adding that only refugees fleeing for their life, and not those fleeing poverty, will be allowed to stay.

Aware of the potential asylum rejection, many migrants fleeing poverty are getting rid of their identity documents altogether.

Among those who had no second thoughts about ditching their true identity was Rafik from Pakistan.

"I'm leaving my old life behind," said Rafik, who gave only his first name because he feared repercussions when applying for asylum in Germany. "I'm starting a new one."

"I don't have a passport, nor any other identity paper," he said, as he dashed under the fence into Hungary.

"Let's see which country they will choose to kick me back to."