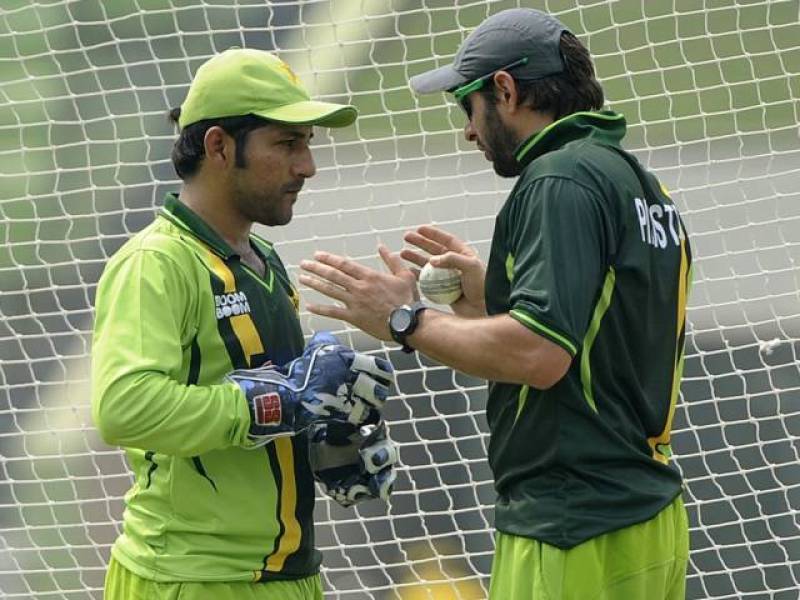 The 36-year-old all-rounder resigned from captaincy in the shortest format of the game after Pakistan’s poor performance in Asia Cup and World T20 tournaments forced them to an early exit.

The match at Old Trafford in Manchester, which is the last of Pakistan’s ongoing tour of England, is the first game under new T20I skipper Sarfraz.

Speaking about the new captain, Afridi said that his prayers are always with the 29-year-old, who has performed remarkably for Pakistan.

“I can tell you that not only my prayers but the prayers of our entire nation are with Sarfraz,” he said. “The way that he is currently batting, along with his attitude is remarkable.”

Good decision to see@SarfarazA_54 leading PAK T-20 he is energetic,

passionate and a fighter: Shahid Afridi

He added: “Sarfraz has had a good strike rate in the ODIs against England, and I think if he continues to maintain this strike rate, then it would be beneficial for him as well as the team.”

The former captain also praised Sarfraz’s leadership qualities from what he has seen while playing domestic cricket.

“I have seen him captain in domestic games and he has an aggressive attitude,” said Afridi.

“He plays attacking cricket which is required in this form of the game.”

Earlier, Sarfraz said that he was ‘excited’ to lead Pakistan on the international stage and was hoping for a tour ending win against England.