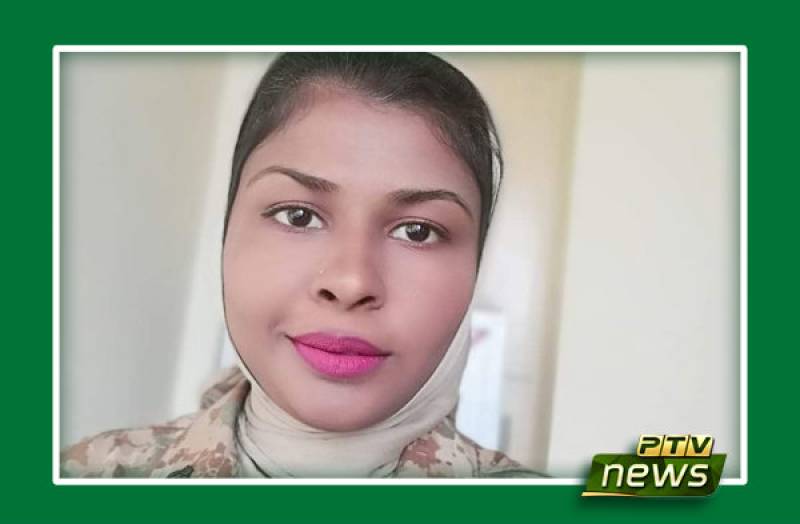 ISLAMABAD – A female army officer has become a source of pride for the Pakistani nation after outclassing dozens of soldiers from all over the world taking part in a training session in the United States.

Major Saiqa Gulzar came atop amongst 52 other soldiers to win a gold medal during her training in the northern American country.

Major Gulzar belongs to Christian community in Vehari. She is the daughter of a local teacher Gulzar Masih Sidhu.

Soon after her achievement was shared by the state broadcaster, Pakistanis took to social media to congratulate the army officer for winning the accolade.

Pride of Nation Major Saiqa Gulzar D/O Sir Gulzar Masih Sidhu from Vehari.She has won the Gold meddle during training in U.S A. Out of 52 soldiers all over the world. We are proud of you sister. God bless you more and more.

She has won the Gold medal during training in U.S A. Out of 52 soldiers all over the world.??

We are proud of you