Teenager ‘set on fire for resisting rape attempt’ in Punjab 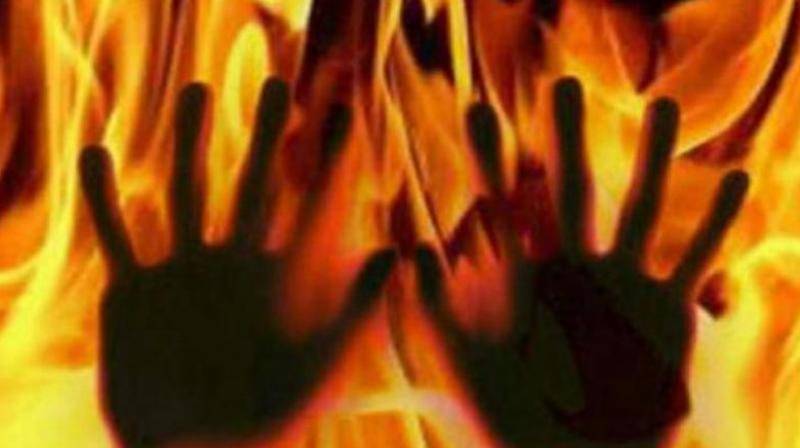 JARANWALA – A 15-year-old girl was allegedly set on fire by her cousin after a failed rape attempt near the Faisalabad district of Punjab on Thursday.

According to the local police, the suspect, Wasim, set his teenage cousin on fire after which the lower part of the victim’s body was badly burnt.

Rescue personnel rushed the girl to the nearest medical facility after providing her initial medical aid.

Local law enforcers have lodged a case under sections 376, 436, and 511 on the complaint of Saira Asad - the victim’s mother who is a widow. According to the complaint, the woman had gone out when the suspect found her 15-year-old daughter alone in the house and tried to sexually assault her.

CHINIOT – Armed men allegedly gang-raped a woman in presence of his husband near Aminpur Road in the Bhavana area ...

The accused slapped my daughter and set her on fire over resistance and then managed to escape the spot, the complainant added.

The police Inspector Rana Asghar said the maternal cousin attempted the rape attempt and raids are being carried out to arrest the culprit.

Jemima Goldsmith, the former wife of Prime Minister Imran Khan, lashed out at her ex-spouse over his statement where he ...