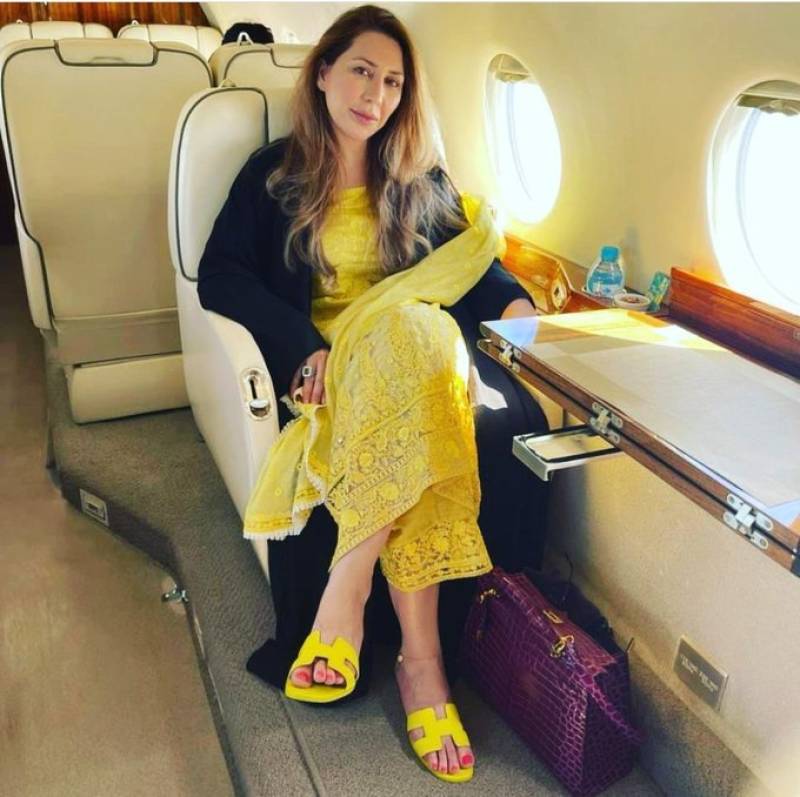 LAHORE – Farah Khan, a close friend of Prime Minister Imran Khan’s wife Bushra Bibi, has rubbished all allegations of corruption against her.

The wife of Ahsan Jamil Gujjar, a son of a PML-N leader, wrote: “I outrightly condemn all accusations and rumors with regards to myself and my family. I have neither involved myself in politics nor was I ever in a position to interfere in Governmental affairs”.

“Those who have attempted to tarnish my character must remember their sisters. My husband has already given his statement with regards to our business. Those who have been linked to me hove denounced such allegations. My family has been in a constant state of distress and suffering.”

He asked people to stop spreading such rumours.

Farah Jamil Gujjar came under the spotlight after she left for Dubai on the day of the dissolution of the National Assembly in the wake of the no-trust move against Prime Minister Imran Khan while her husband already left the country.

On April 4, Aleem Khan alleged that Farah remained complicit in all corrupt practices in Punjab. He also called for an investigation into the charges against Farah. He said it needs to be investigated whether the wife of PM Imran was also supporting her close friend.