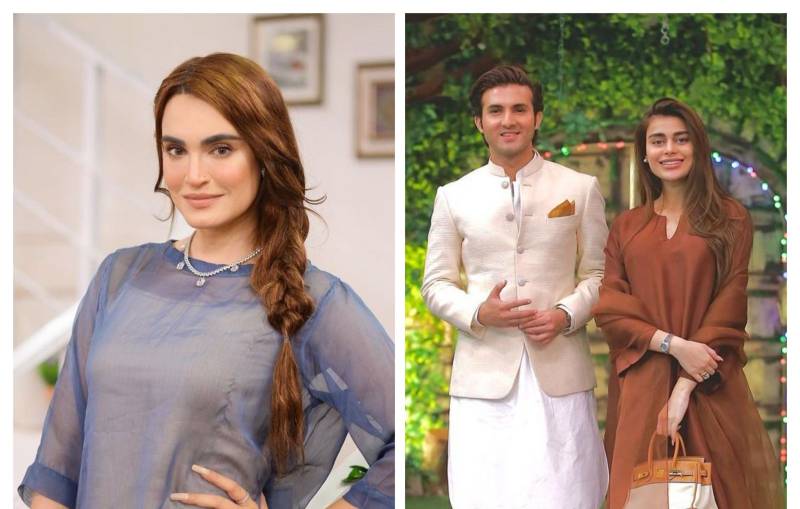 The Balu Mahi star is no stranger to controversy and this time she received flak over setting her fashion line's prices for a specific target group. They were pricey and expensive.

Kanwal's designs are monochrome dresses that are minimalist and simple. The prices are not mentioned on the page but a WhatsApp number is given in the bio to contact the prices.

Nadia did not hold back as she channeled her inner rage whilst slamming the netizens. She shared the picture where she posted a screenshot with the price of a brown dress as Rs30,000.

"Neti(SH*T)zens really need to get a f*****g life! It's Sadaf Kanwal's business Sadaf Kanwal fashion SO IT'S HER BLOODY CHOICE WHATEVER SHE WANTS TO DO! NO ONE HAS THE RIGHT TO BASH HER FOR HER CHOICE TO RUN HER BUSINESS HOWEVER SHE WANTS! Nahin khareedna na khareedo! [If you don't want to buy it, don't buy!]"

Moreover, Kanwal announced her fashion line in August 2021 and launched it in February this year.

Earlier, Nadia was under fire as she passed some comments about newer models not being "educated" enough and lacking "class" and "personality" compared to models from her generation.

Pakistan's celebrity couple Sadaf Kanwal and heartthrob Shahroz Sabzwari have mastered the art of staying in the ...