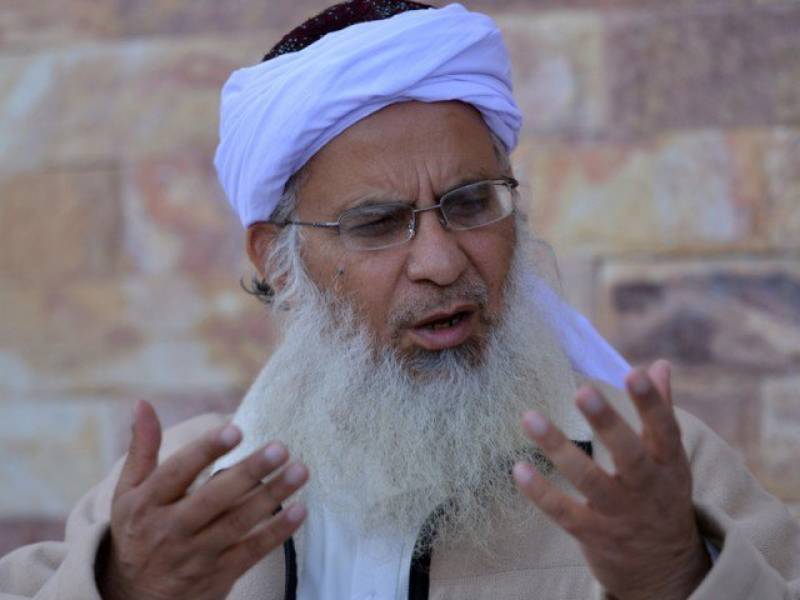 ISLAMABAD - Arguing that Miss Veet Pakistan goes against the values of Islam and the country, Shuhada Foundation, which is affiliated with Lal Masjid cleric Maulana Abdul Aziz has moved Islamabad High Court (IHC) to ban the beauty pageant.

The petition said the programme shouldn’t be aired on TV as it would ‘Indian-ise’ the country’s culture.

Tariq Asad, the president of the foundation, maintained in the petition that the pageant was against the values of Islam and Pakistan.

“This product [manufactured by the sponsor] aims at and advertises asking women to remove body hair to make themselves more sexually appealing to the opposite gender which is fundamentally shameful and against the injunction of Shariah,” the petition stated.

Auditions for the 2017 edition of Miss Veet Pakistan are currently underway in Karachi, Multan, Lahore and Islamabad. The winner of the reality show is awarded a brand ambassador contract worth Rs 10 lakh and two tickets to Thailand.

“It [the pageant] would serve as a launching pad for beauty contests [that are] common in many western countries,” the petitioner and president of the foundation Tariq Asad argued. “Family ties would break and the values of society would deteriorate. If it [the pageant] is allowed to continue, it would degenerate the roots of our society’s culture.”

“Almost all channels are bent on tarnishing the culture of the Islamic Republic of Pakistan. The electronic media has become a red light screen,” he maintained.