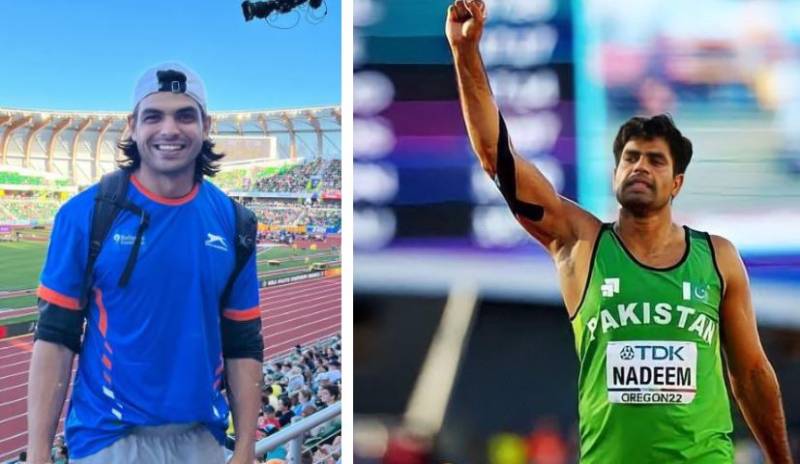 ISLAMABAD/NEW DELHI – Soon after Arshad Nadeem became the first Pakistani to bag a javelin throw gold in Commonwealth Games history, Indian athlete Neeraj Chopra was quick to acknowledge the efforts of his ‘friend’.

“All the best for future competitions,” Chopra wrote, who was injured and missed out the multi sport event being held in Birmingham.

Arshad after etching his name in history books thanked the nation and the sports boards for their support.

He however mentioned missing competing against India’s Olympic champion Neeraj Chopra at the Commonwealth Games here as they are part of ‘one’ family.

The friendship between the athletes of arch-rival nations has been brewing since they took part in the South Asian Games in 2016 in Guwahati.

The young achiever, who hailed from small town of Mian Channu, became the first Pakistani to win a javelin throw gold in Commonwealth Games history, besides being first athlete from South Asian country to win a track and field event at the Games since 1962.

BIRMINGHAM – Heart-melting moments were witnessed after Pakistani athlete Arshad Nadeem won gold on the back of ...

On Sunday, with his effort of 90.18 metres, the Pakistani athlete crossed a barrier that even Indian javelin thrower Neeraj hasn’t. Nadeem did not participate in any competition until Sunday’s championship since the Tokyo games.