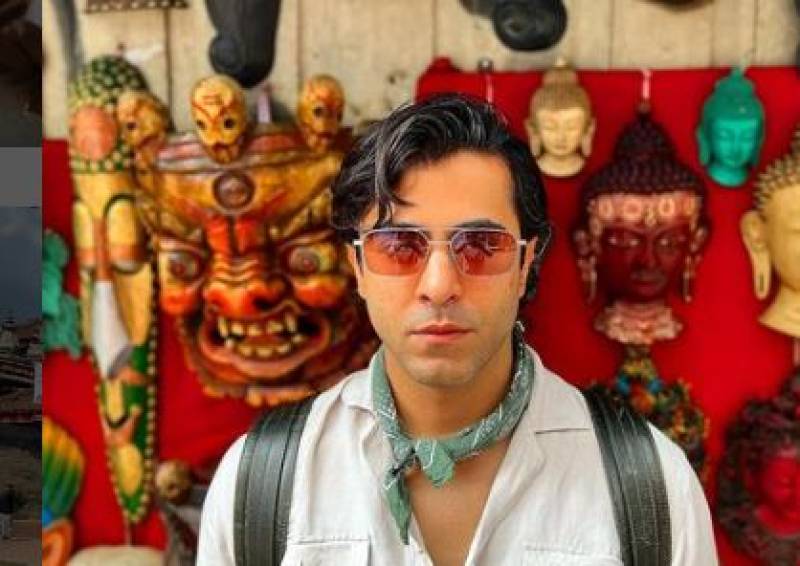 Lollywood heartthrob Sheheryar Munawar started off as an actor and gradually aced his way to becoming an exceptional writer, producer and director.

Munawar recently had the internet in a chokehold with his stunning yet bold pictures with Sajal Aly. When keyboard warriors bashed him, the Kahi Un Kahi actor had the best comeback.

Anytime the actor is flabbergasted during interviews, Munawar has nothing but logical and diplomatic words to state.

In a recent interview on Fuchsia, the Aasmano Pai Likha actor was asked an unusual question about marrying a widow, the way his character in Sinf e Aahan, Major Usama had done. Munawar responded with composure and elegance.

He said if "I fell in love with a lady, it wouldn’t matter if she was a widow, but I would be more cautious if there were children there."

"When you marry a widow with children," he added, "you have to adopt the role of father to the children, and you must be prepared to do so with tact."

Munawar's statement, to the tabloid's dismay, did not give any controversial bits or negative attention.

The taboo around divorced women especially with children is often the cause of homicide and high rate of crime due to absolutely no child support and slim chances of women working.

Another factor is that men aren't ready to commit to a woman who has been previously divorced. These cases are soaring in South East Asian countries.

According to media reports, Munawar and Sajal Aly were under fire for the bold photo shoot.

Breaking barriers and socializing with artists of a neighbouring country seems pretty challenging on the outlook but ...

Sheheryar Munawar and Sajal Aly have been making headlines for their recent photo shoot ever since it was posted on ...