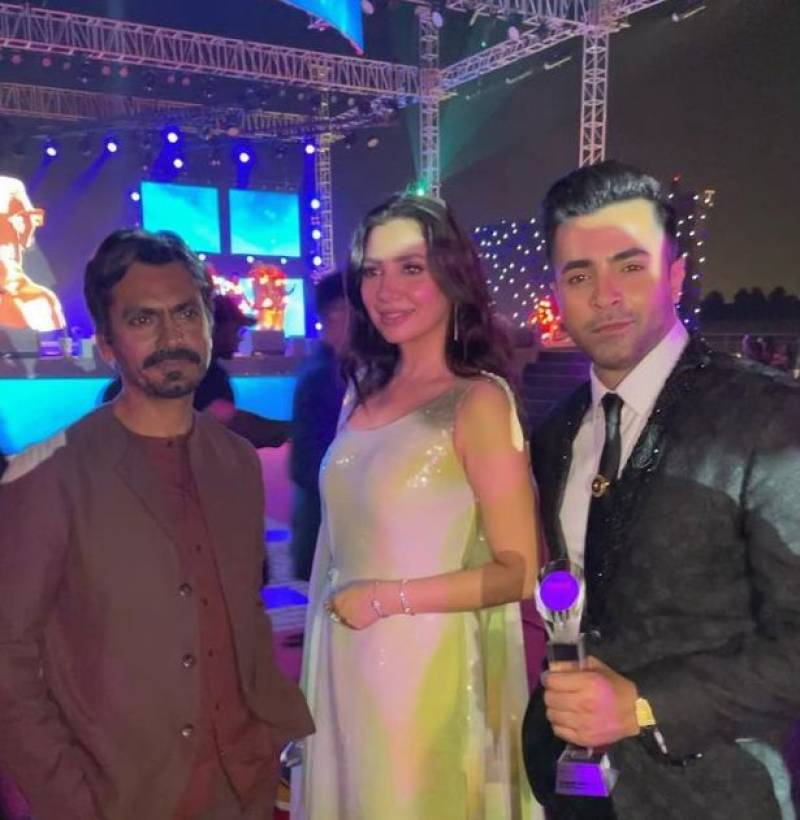 Breaking barriers and socializing with artists of a neighbouring country seems pretty challenging on the outlook but the Filmfare Middle East 2021 awards are proof that art transcends borders.

A number of celebrities from India and Pakistan were spotted at the dazzling extravaganza however the internet seems to be obsessing over one particular celebrity meetup.

Sheheryar Munawar and Mahira Khan were spotted taking a picture with Bollywood superstar Nawaz-ud-Din Siddiqui. In the aforementioned video, the Pehli si Muhabbat star was seen having a fan moment, and out of respect, he touched the Bollywood actor's feet.

Spreading like wildfire, the viral clip garnered widespread applause and criticism. While many lauded the pleasant exchange, the majority played the religion card and maintained that Pakistani artists should maintain their dignity in front of Indian artists. 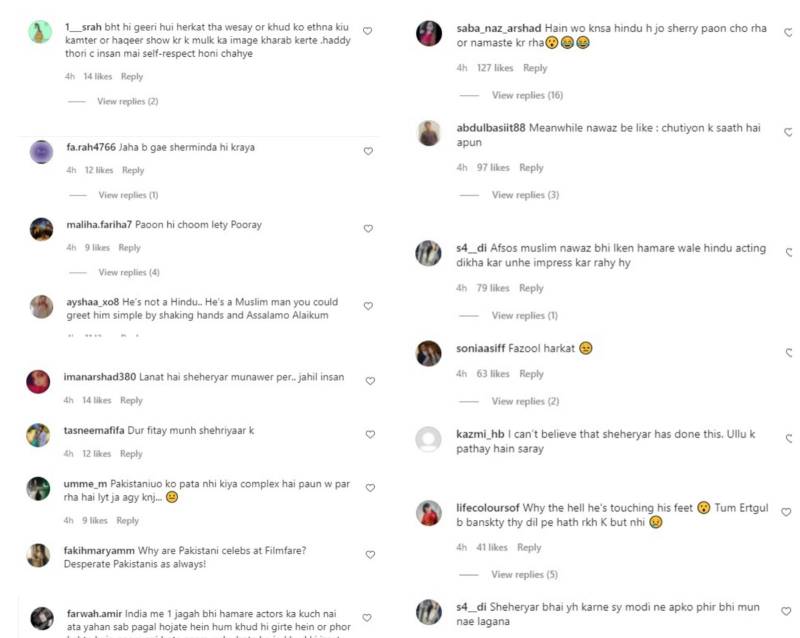 On the work front, Sheheryar and Mahira Khan last collaborated for the short film Prince Charming.