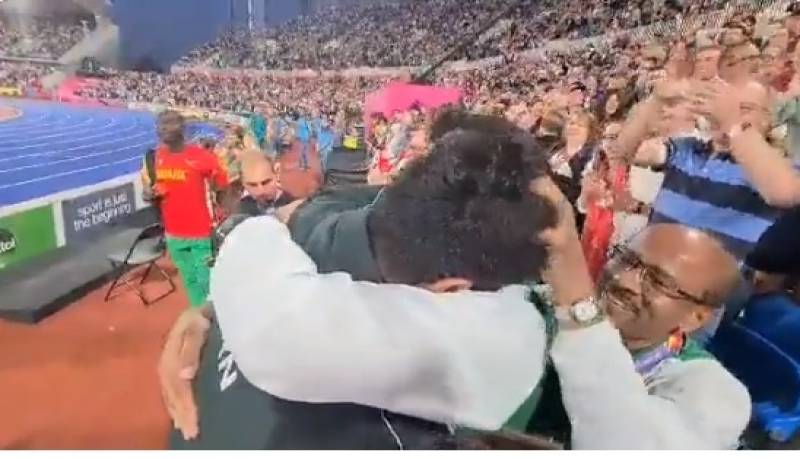 BIRMINGHAM – Heart-melting moments were witnessed after Pakistani athlete Arshad Nadeem won gold on the back of his record-breaking performance at javelin throw event at the Commonwealth Games 2022.

The 25-year-old lived up to his promise to win pride for the mcountry at the international event as he tibraved through his injury to throw the spear at 90.18 m, setting to new Games record and pipping his closes competitor Grenada’s Anderson Peters to win the title.

After winning the competition, Arshad Nadeem can be seen in a viral video embracing an official of the Pakistani contingent. At that time, the young player could not hold his emotions and he can apparently be seen weeping for joy while another official is also expressing his love for the gold winner.

At the end of the video, he can be seen taking a round of the stadium by holding a Pakistani flag while spectators are clapping for him.

The video melted the hearts of social media users as they also shared their emotions on Twitter.

Thank you for making us proud 🇵🇰

Thank you sir for bringing joy to us. More power to you. Sky is the limit!