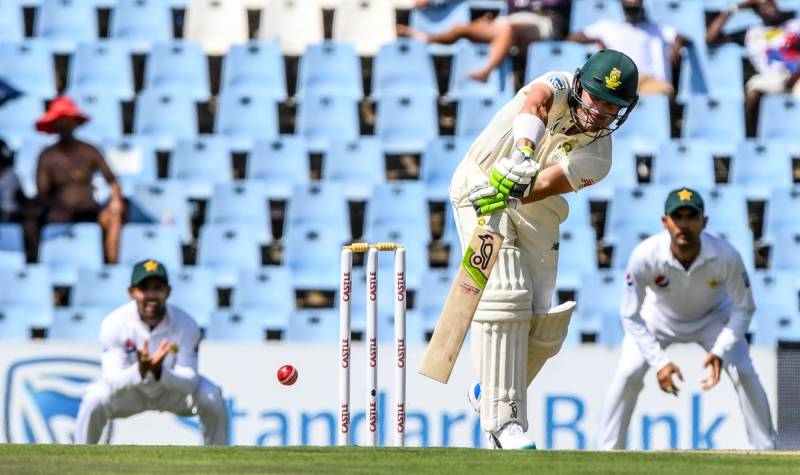 CENTURION, Gauteng – South Africa registered first comprehensive six-wicket victory in the Test series against Pakistan at the Centurion on Friday as Hashim Amla returned to form with an unbeaten half-century.

Chasing a target of 149 for victory in the final innings, Amla finished on 63 not out, while opener Dean Elgar contributed 50 as the hosts struck first in the three-game series.

The Proteas lost opener Aiden Markram for a duck early on day three in the Boxing Day fixture. By lunch, South Africa had reached 81-1 with a further 68 runs required for a win.

Hashim Amla and Dean Elgar both struck half-centuries before the latter was dismissed by Shan Masood. Theunis de Bruyn was then stumped off the bowling of Yasir Shah before Shaheen Afridi removed Faf du Plessis for a duck.

Earlier on day two, Pakistan had been bowled out for just 190 runs in their second innings following an extraordinary collapse from 101-1.

With the hosts holding a 42-run lead in the first-innings, Pakistan’s total was never going to be enough to challenge.

The second Test begins in Cape Town on January 3 with the series to conclude in Johannesburg on January 11.