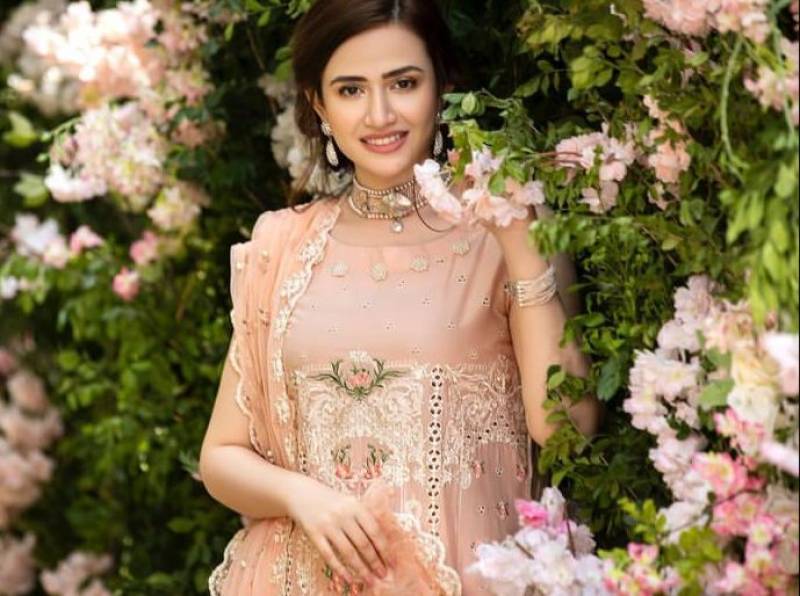 Lollywood diva Sana Javed has gained much admiration and appreciation ever since she rose to the pinnacle of fame with drop-dead gorgeous looks and impeccable acting talent.

While the Ruswai star is undoubtedly a charismatic diva, it seems the 29-year-old star is also a hard-core foodie but a fitness enthusiast who often diets.

The Aye Musht-e-Khaak star's latest pictures are spreading like wildfire online where she shared photos of a hand-tossed pizza. Needless to say, the freshly baked pizza with basil looks delicious and the radiant smile on Sana's face is proof of her happiness.

Soon after the Dunk star shared the clicks, the pictures garnered thousands of likes and praises from her followers as fans flooded the comment section with love reactions.

Earlier this year, Sana became the centre of controversy after several makeup artists and some actors accused her of being rude, and unprofessional. The Khaani actor then started a legal route against those who spoke out against her. Later, FIA’s cyber crime wing chief said the defamation case filed by actor Sana Javed against makeup artists was closed.

The lead cast of highly anticipated drama serial 'Kaala Doriya' has changed once again. This time around, Osman Khalid ...