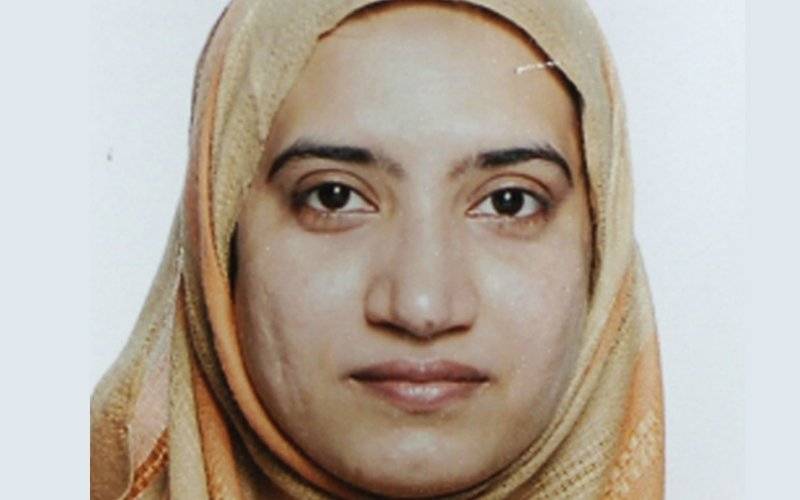 Tashfeen Malik was killed by the security forces along with her Husband Syed Rizwan Farook in a chase after the incident.

Related: Tashfeen Malik’s CNIC number shown by CNN is original, ‘She is a Pakistani national and registered voter’

According to Cable News Network (CNN), the officials have raided an unoccupied house owned by Malik's father Gulzar in Multan city of Pakistan. "The security forces broke into the house and removed several items," it added while quoting unidentified sources.

Talking to media on December 6, federal interior minister Chaudhry Nisar Ali Khan had stated that United States' request for assistance in investigation would be treated normally. However he added that United States had made no contact in this regard.

The US State Department spokesman Mr Mark C Toner also confirmed that US officials have not so far approached Pakistani authorities for information or investigation about the alleged Pakistani citizen’s involvement in the shooting incident.

He went on to say that Tashfeen Malik got US K-1, the so called fiancee visa, from Pakistan while Syed Rizwan Farook was a US national. He confirmed that Malik was never given a US nationality.

The report of a raid on Malik's family house in Pakistan is followed by New York Times' report which carried details about her stay in Pakistan during 2007 to 2015 when she was studying pharmacy at Bahauddin Zakariya University in the southern city of Multan in Pakistan.

Related: Tashfeen Malik, one of San Bernardino shooting suspect, got visa from Pakistan

According to the Daily Mail Online, the US officials handed over information to their Pakistani counterparts about links between Tashfeen Malik and the Red Mosque in Islamabad which is notoriously liked to radicalisation of female Muslim students, in a meeting at London.

However the The Pakistani officials denied any such meeting saying that United States have made no contacts with Pakistan at any level to investigate the San Bernardino shooting incident.

The assistant director of the FBI's Los Angeles field office Mr David Bowdich has been quoted in several media reports as saying that authorities are so far unsuccessful in establishing any fact about the person who redicalised the couple to carry out the attack.

"Apparently the couple planned attack on their own and executed it as well, after a brief shooting practice in firing range area located Los Angeles," he said.