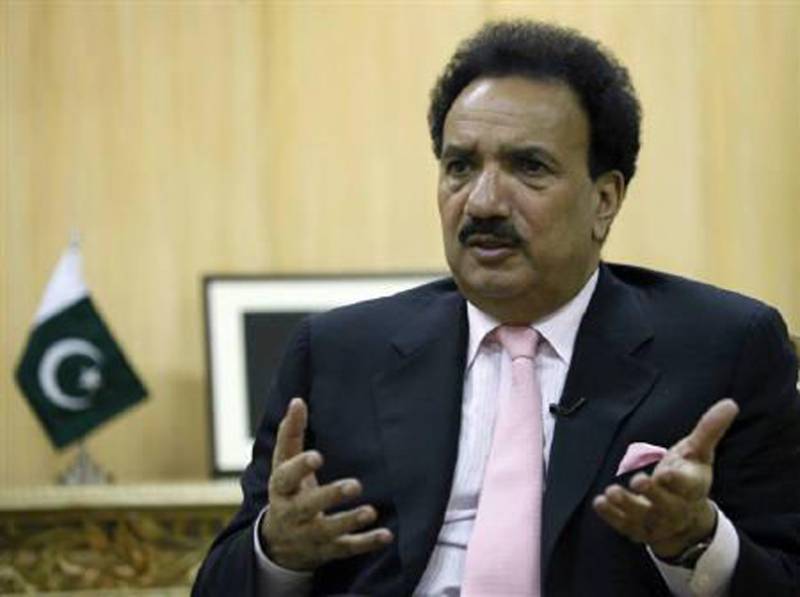 ISLAMABAD - Pakistan Peoples Party (PPP) Senator, former Interior Minister Rehman Malik has rubbished the claims made by a senior journalist that he had been barred from entering a public gathering of the party.

The remarks of the Senator follows a news story published by Daily Pakistan regarding the claims of Shaheen Sehbai, a senior journalist.

Sehbai shared a post on his Twitter handle, claiming that a minister of PPP stopped Malik outside the jalsa when he tried to enter with security protocol.

POOR GUY MALIK: RehmanMalik was stopped by a PPP mnister outside PPP Jalsa frm using 2 Police Escort pickups. He said he needed bcoz TTP had placed a Rs1 Bn reward on him. Minster laughed, took away cars and asked who will get money from TTP. Mana was left helpless in Cold. ALAS!

According to Sehbai, Malik informed the minister that he needed security due to threats from the Tehreek e Taliban Pakistan as the militant outfit has placed Rs1 billion reward on him.

The minister responded with laughter, “took away cars and asked who will get money from TTP. Mana was left helpless in cold, ALAS!”.

In response, Senator Malik also took to Twitter and termed it a “totally white lie” and “really shocking”.

It is totally white lie and it is really shocking to see such disinformation.
I challenge that Bring footage of me being stoped while entering JELESA AND TAKE MY RESIGNATION.Down with liars and May God guide them to be truthful https://t.co/AW6gBn3QQa

Malik said that he will resign if Sehbai brings footage of the incident. He further said, “Down with liars and May God guide them to be truthful”.

The office of the senate also replied to the tweet “You have have been tricked into this disinformation. A senior journalist should have verified the said disinformation from the Senator Rehman Malik office. Please have a moral courage to tell who tricked you in it”

Sehbai also responded to the tweet and said, “Those who did it will themselves come out and tell the whole truth if you don’t.

Sir those who did it will themselves come out and tell the whole truth if you dont.