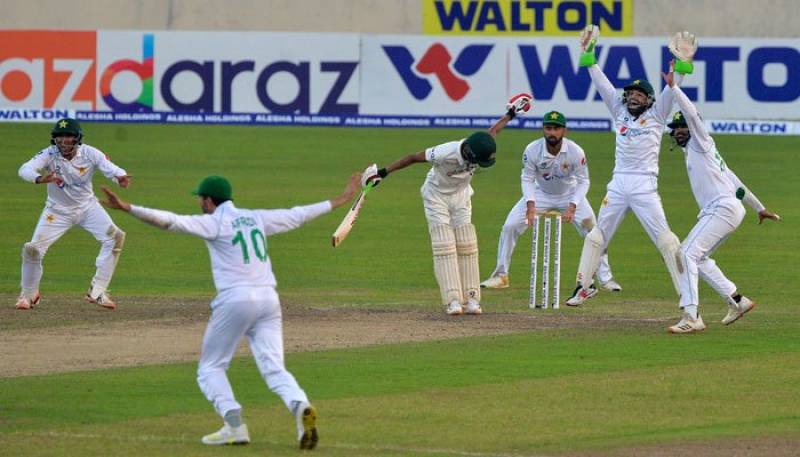 DHAKA – A sensational bowling performance by Sajid Khan guided Pakistan to bag a historic win over Bangladesh in Dhaka Test on Wednesday.

The Men in Green won the second test match by an innings and eight runs as Pakistan bowlers took 13 wickets on the fifth and final day of the match, sealing the two-match Test series.

On the back of the impressive performance, Pakistan have now become the first team in the world to take 13 wickets on the fifth in cricket history.

Babar Azam-led team improved their percentage of points (PCT) from 66.66 to 75 to strengthen their position.

According to the ICC point table, Sri Lanka have so far played two matches in the 2021-23 WTC cycle and won the both to secure first place on point table with 100 PCT.

Pakistan have so far played four matches and managed to win three games to clinch second position with 75 PCT.

India have managed to win three matches out of six they have played so far in the WTC cycle. They are in the third spot with 58.33PCT.

DHAKA – Babar-led squad has completed a 2-0 sweep of the Test series against Bangladesh, sealing victory at the ...