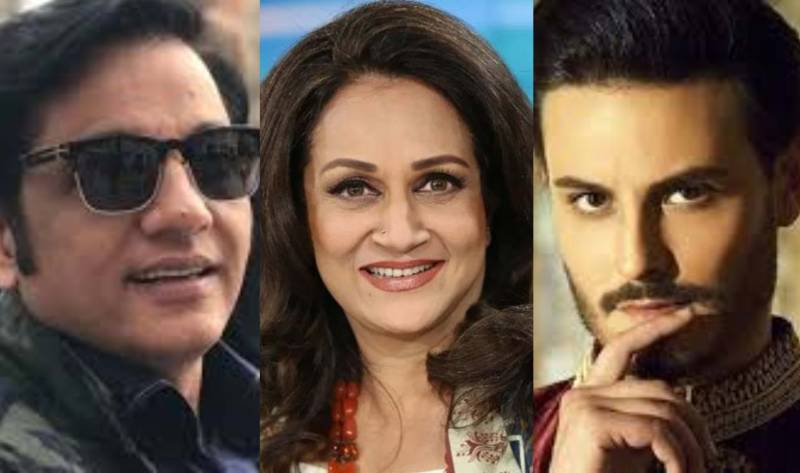 The Pakistan International Screen Awards (PISA) 2020 have come under fire for mismanaging the event and many local celebs, nominees are unhappy with the organizer of the award ceremony.

Celebrities are lashing out against organizers for nominating them, asking them to keep vacate certain dates and never getting back to them with travel plans.

Bulbulay star Nabeel Zafar was the first one to share a note on social media about the mishaps that led to him announcing that he will not be attending the show. He called out PISA for using his name for promotion and then failing to make travel arrangements at the last minute.

Nabeel shared, "For the last couple of days, you guys saw me being advertised and nominated in an awards show 'Pakistan International Screen Awards 2020' for my performance in Bulbulay. It's a recognition that I feel has been given to me by all my fans who like my work in Bulbulay."

"I was approached by the organizers through their PR company Body Beat and requested to attend the show in Dubai on Friday, 7 February 2020. Like me, there were many of my colleagues and renowned actors who were asked for documents to travel today. Now suddenly the organizers have stopped their communication and put us in deep confusion as many of you in Dubai have been asking about our appearance in the show."

He further added, "This is total miscommitment as our names were used to promote the awards show and now such an unethical move by the organizers is simply embarrassing. Such a move is an insult to me and many other artists who were contacted and committed to travel. It will also bring a bad name to our industry especially in front of people who have bought tickets to the show."

"To all the people who are expecting us in Dubai, let me categorically inform you all that I will not be a part of the show."

Osman Khalid Butt also took to Twitter to slam the organizers for the shoddy treatment: “Please add Saqib Malik, Ahmed Ali and me in the list of non-influencer nominees deprived of private jet pictures. Seriously, though, the level of disrespect is astounding. None of us were gagging for a Dubai trip, all of us were kept in the dark and on standby till today.”

Please add Saqib Malik, Ahmed Ali and me in the list of non-influencer (💔) nominees deprived of private jet pictures.
Seriously, though, the level of disrespect is astounding. None of us were gagging for a Dubai trip, all of us were kept in the dark and on standby till today.

Many other celebs including Nadia Afghan, Ali Safina, Bushra Ansari, Hina Dilpazeer and Ahmed Ali Akbar expressed similar stories of being mismanaged. Most of these celebs had been nominated for major categories but were given zero importance.

No official statement has been issued by the PISA organizers regarding this dilemma.