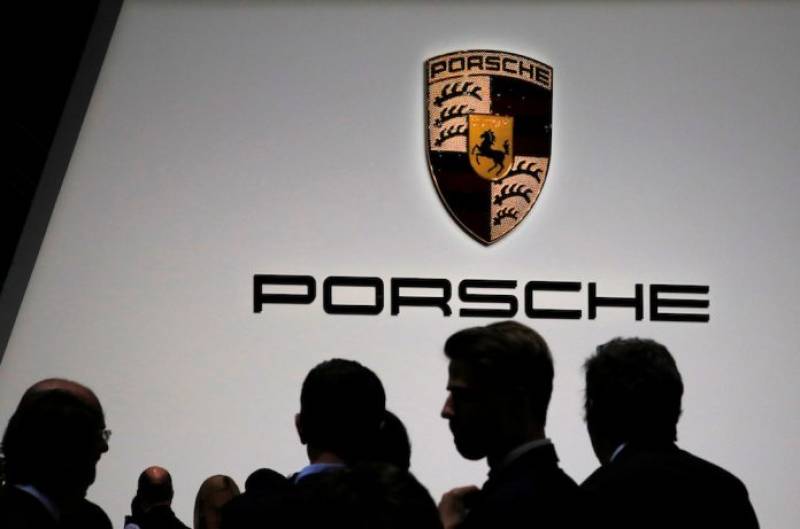 LAHORE – Porsche Pakistan has issued a clarification saying the reports about its CEO owing car booking money to anyone are false and all the registration money was received in the account of Performance Automotive Pvt Ltd (Porsche Pakistan) on behalf of Porsche AG as their appointed representative.

The clarification also states that Porsche AG was refusing delivery of the vehicles to Pakistani customers for two years. 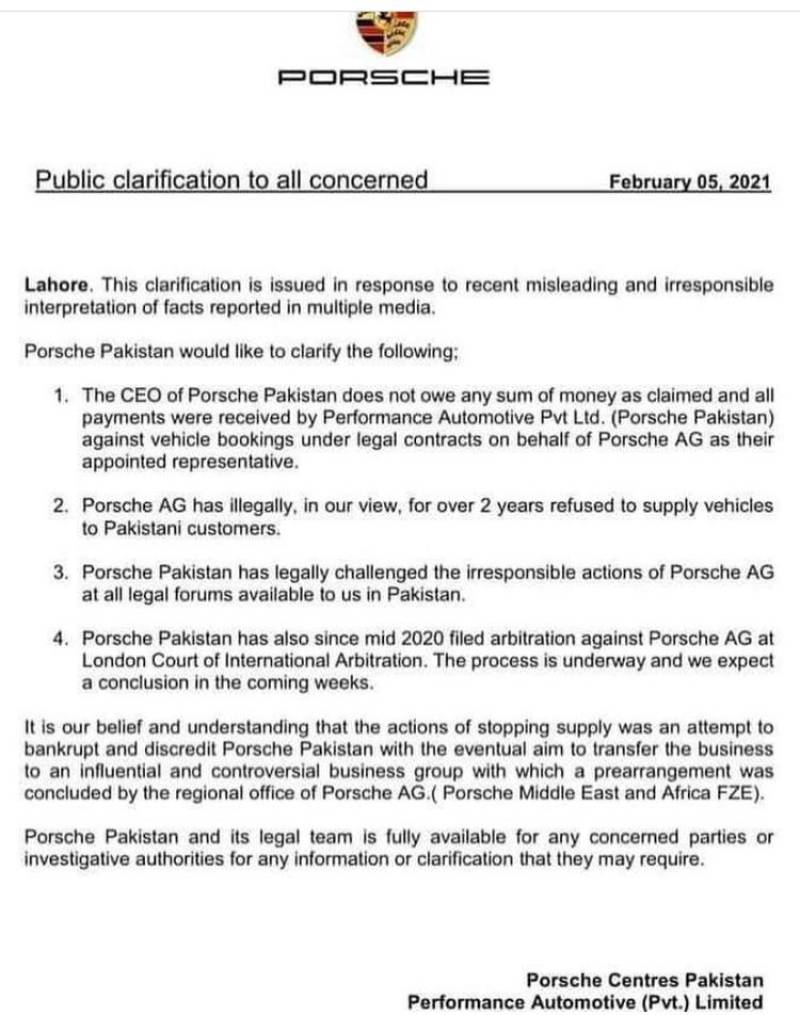 The statement said Porsche Pakistan was in a legal battle with Porsche AG for this “illegal” refusal on all legal forums.

The statement alleged that the delay was due to Porsche Middle East and Africa FZE’s alleged understanding with a rival local party it called “an influential and controversial business group” that seeks to get hold of Porsche distribution rights in Pakistan.

The company concluded, “Porsche Pakistan and its legal team is fully available for any concerned parties or investigative authorities for any information or clarification they may require.