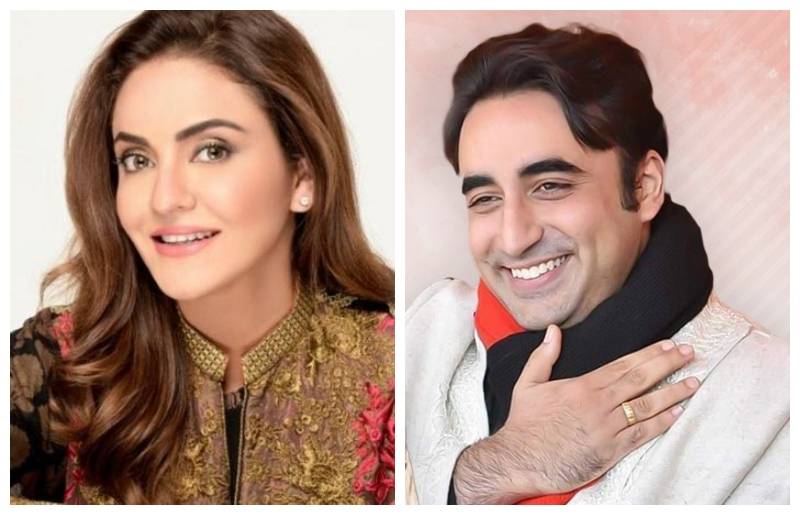 Pakistan's popular morning show host Nadia Khan recently made an appearance on the talk show 'Jashn-e-Cricket' and needless to say, she made some interesting revelations.

Among the plethora of her statements, the Aisi Hai Tanhai star paved her way to headlines as she shared her thoughts on Pakistan Peoples Party Chairman Bilawal Bhutto Zardari.

During the conversation, the host Shehzad Iqbal asked Nadia Khan, "If Bilawal wants to be a son-in-law, will you gladly accept?"

The 42-year-old was taken aback by the question and initially laughed. Later she answered the question positively and said why not. She said it would be a good idea for Bilawal to become prime minister first and then get married.

Delving into details about politics, Nadia said that PM Imran Khan is the only hope of the country but now he should let the people panic.

Amid the conversation, Nadia refrained from commenting on the issue of PPP leader Sharmila Farooqi's mother and said that the money will not go rather it will come.

Earlier, Sharmila Farooqi filed a defamation suit against Khan when the latter shared a video where she can be seen poking fun at the politician’s mother by sarcastically praising her makeup.

Nadia Khan and Sharmila Faruqui are indulged in a legal fight. The duo's social media feud has oozed from video making ...