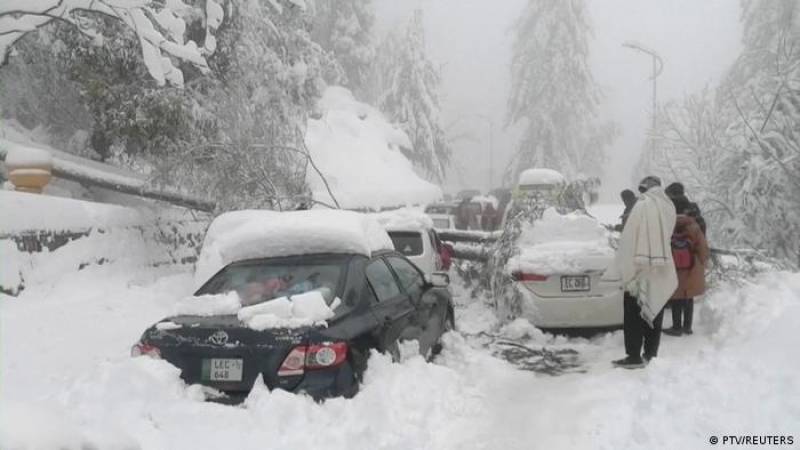 KARACHI –  Pakistan cricketers on Saturday expressed sorrow over a tragic incident in Murree where at least 22 people died after their vehicles were trapped by heavy snowfall.

Taking to Twitter, former Pakistan skipper Shahid Afridi called the incident unfortunate. “May God forgive those whose precious lives were lost," he wrote.

He also criticised the government for inadequate arrangements, adding that the movement of tourists should be monitored.

Despite the severity of the weather, people flocked to Murree, he said, adding that the public needs to take alerts and warnings seriously.

“I am very shocked & sad to see the heart wrenching images/videos coming from Murree, stay safe everyone, my heart goes out to the families of the deceased, May The Almighty bless the departed souls,” he wrote.

- I am very shocked & sad to see the heart wrenching images/videos coming from Murree, stay safe everyone, my heart goes out to the families of the deceased, May The Almighty bless the departed souls...

As per the latest reports, 22 people have died and thousands have been stranded by heavy snowfall in the hill station as authorities continued evacuation efforts.

The Punjab government has declared Murree a calamity hit region and declared an emergency. Punjab Chief Minister Usman Bazdar has ordered to open state-owned rest houses and public offices for stranded tourists after the situation deteriorated.

Buzdar while ordering to expedite the rescue operation for the safe evacuation of the people trapped in Murree said that all resources should be utilized to evacuate the tourists to safer places, necessary relief items should also be provided to the tourists.

He also directed to send additional machinery and staff from Rawalpindi and other cities to the calamity-hit region.