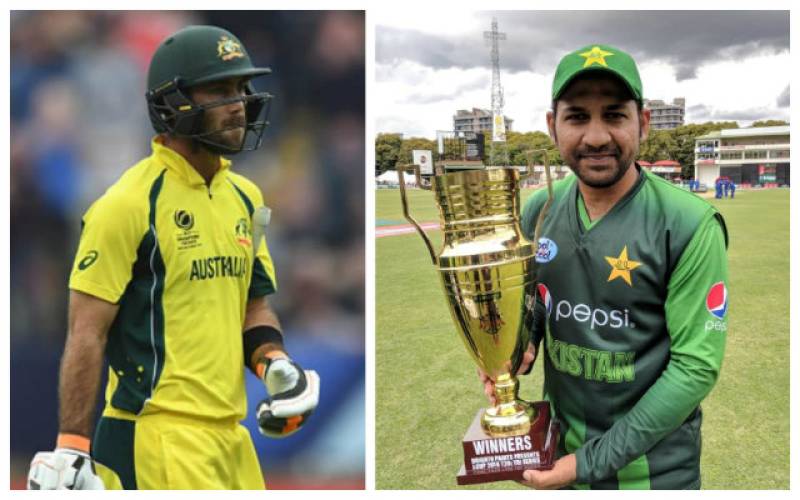 This came just after Sarfraz-led squad beat Australian side in Harare on Sunday in the final match of a triangular series after an epic show by Fakhar Zaman and Shoaib Malik, posting its highest successful run chase ever in T20I cricket .

As the Pakistan skipper and Shoaib Malik faced the losing team after the match, Maxwell avoided a contact with them to congratulate for victory.

For those who missed it. This is what happened. pic.twitter.com/nORNAMLTPR

Social media users were quick to slam the 29-year-old for his ‘arrogant’ behaviour.

Both AUZIs did not shake hands with Sarfaraz ! Arrogant even when they lose ;)

Shame on u maxwell

Another user wrote “And Tim Paine had other ideas abt this Aussie side,” while referring to new Australian captain who, in March this year, introduced a team handshake with opponents South Africa in a "show of respect". "We've got to be more respectful. It's time for us to change," Paine had said.

And Tim Paine had other ideas abt this Aussie side @tdpaine36

Earlier this year, the Australian cricket team was hit with a ball-tampering scandal which led to bans for ex-skipper Steve Smith, David Warner and Cameron Bancroft.

Maxwell, who became the first batsman to hit a century in his maiden T20 innings as an opener against Sri Lanka in 2016, is targeting a return to the Australian Test side for the two matches against Pakistan which will take place in the UAE in October this year.