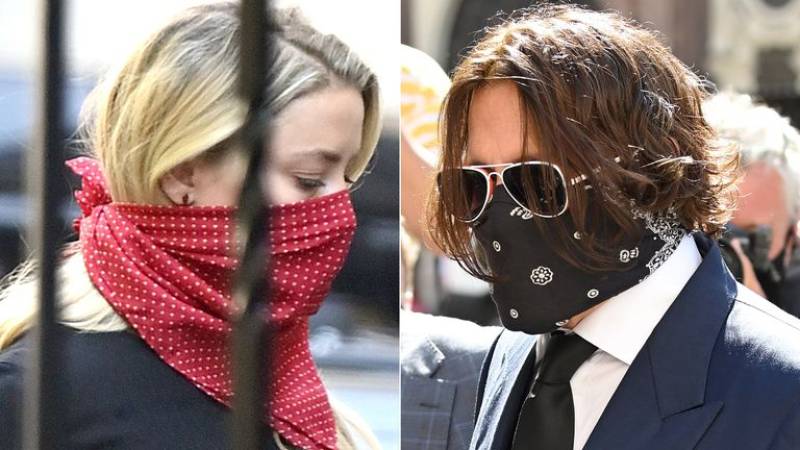 Hollywood star Johnny Depp is suing a British tabloid over allegations he had physically assaulted his ex-wife, actress Amber Heard, accusing her of lying.

The legal battle has been launched against the Sun's publisher, News Group Newspapers, and its executive editor, Dan Wootton, for defamation over a story Wootton wrote in 2018 labelling the 57-year-old a "wife beater".

Proceedings of this case at London’s High Court are expected to last three weeks. Both Depp and ex-wife Heard will be providing evidence in person.

Both parties were papped arriving separately at the court yesterday with the "Pirates of the Caribbean" star donning sunglasses and a black scarf around his face while Heard walked in with two women, while covering her face with a red scarf.

The former couple first met in 2011, when they starred together in 'The Rum Diary' and got hitched in February 2015.