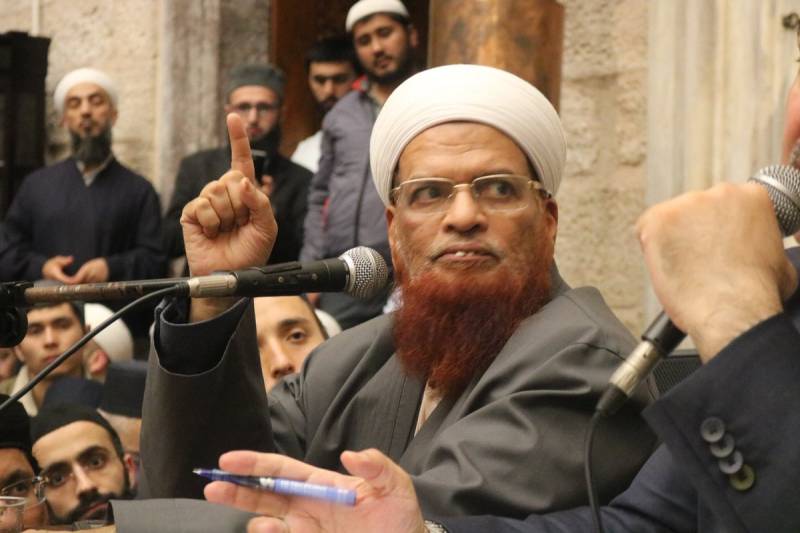 KARACHI – A bid to assassinate the former judge and renowned Islamic scholar Mufti Taqi Usmani has been foiled by a security guard on Thursday (today).

Reports in local media cited that an attempt to assassinate famous religious scholar and Vice-President Darul Uloom Mufti Taqi Usmani was foiled earlier today when an attacker was detained and handed over to the law enforcers in Karachi.

Senior Superintendent of Police Shah Jahan Pathan, told news outlet that a man asked Mufti Taqi Usmani for a separate meeting after the Fajar prayer today, as he requested the famous scholar to offer special prayer for him.

The suspect during the meeting approached the scholar while the guard restrained the attacker. The timely action of security guard saved Mufti Taqi.

Meanwhile, SSP further added that they are interrogating the accused from whom they have recovered a knife as well.

The assassination bid is not the first one as earlier in March 2019, he was on his way to nearby Mosque to lead the Friday prayers when four armed men on two bikes intercepted his car and opened fire on his vehicle near Nipa Chowrangi in Karachi.

Mufti Taqi Usmani is an eminent Islamic scholar and a former judge of the Federal Shariat Court. He is also the vice-president of Darul Uloom Karachi.