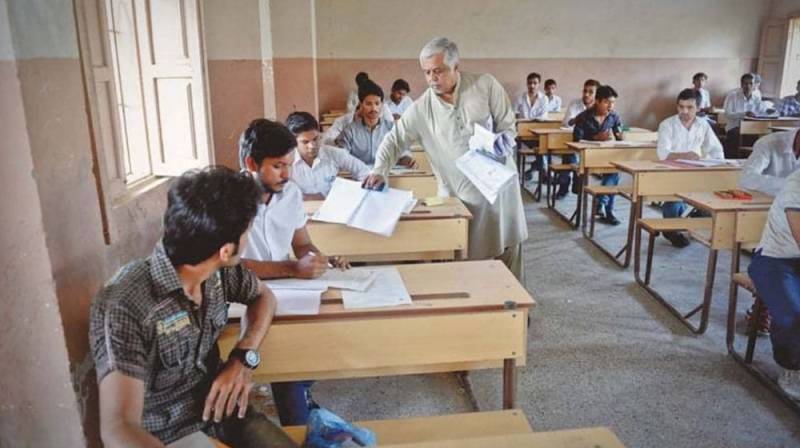 KARACHI – In a follow-up of the three leaked papers of matric exams in the Sindh provincial capital, the ninth-grade mathematics paper of the Science Group got leaked 15 minutes before the commencement of the exam.

The solved paper of Mathematics was available on social media besides WhatsApp Chat groups where thousands of students shared copies of the leaked paper.

The Maths paper was set to begin at 9:30 am today, but akin to earlier papers it was leaked minutes before the exam. Despite the cancellation of the exam, it went ahead with the same question paper, sources said.

Meanwhile, another paper on Biology also got leaked and was shared on various WhatsApp groups in Larkana.

Besides the leaked papers, mobile phones are also being freely used by the students and the visitors in the examination centers and its premises despite the imposition of section 144 in all the exams centers.

On Wednesday, a mathematics question paper for the 10th class was also leaked almost half an hour before the exam in the country’s largest metropolis.

KARACHI – Sindh's education system is on the edge as the third paper, this time a mathematics question paper was ...

Despite all the reports in local media, no improvement was observed today when the third paper in the province was leaked too.

Earlier on Monday, Karachi board chairman Syed Sharaf Ali Shah alleged control officers for leaking the paper and delay in the delivery of the questionnaire.

PESHAWAR – The Federal Investigation Agency arrested a gang of 20 students allegedly involved in leaking the ...