US terms Pakistan a key ally when it comes to Afghanistan 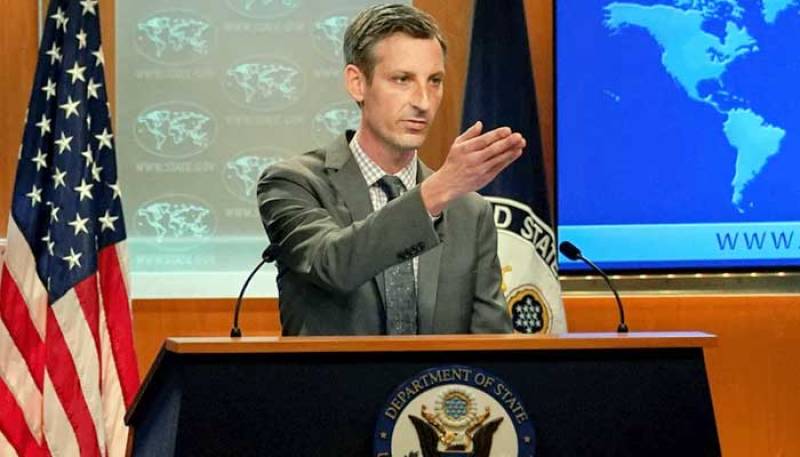 ISLAMABAD – The United States has termed Pakistan as an important partner across a number of fronts, adding that there are shared interests when it comes to Afghanistan, peace and stability in the region.

Adding that, “US always encouraged Pakistan to be a constructive partner when it comes to Afghanistan as they strive to bring a semblance of peace and security.”

The US Dept also responded to PM Imran Khan's decision to refuse the Central Intelligence Agency (CIA) bases in Pakistan. “Interests of both countries go well beyond including broader counterterrorism interests and the people-to-people ties. Afghanistan’s neighbours need to play a constructive role in helping bring durable political settlement as well as a comprehensive ceasefire”, he said.

“For far too long, some of the neighbours of the war-torn country have not played that role. They had been happy to let other countries take the responsibility but right now, we have made clear that we are going to be working very closely to ensure that Afghanistan’s neighbours play that constructive role, knowing that it will be a necessary ingredient to what I think we all collectively hope to see in Afghanistan.”

Pakistan will ‘absolutely not’ hand its bases to US: PM Imran (VIDEO)

Earlier, PM Imran Khan had made it clear that he definitely not allow US military bases in Pakistan. “There is no way we are going to allow any bases or any sort of action from Pakistani territory into Afghanistan. Absolutely not,” the premier said in HBO Axios interview.

Later, in his speech at the National Assembly, the premier said that “Pakistan will never compromise on its sovereignty, adding that the country can never be a partner in conflict with the US, but only in peace”.