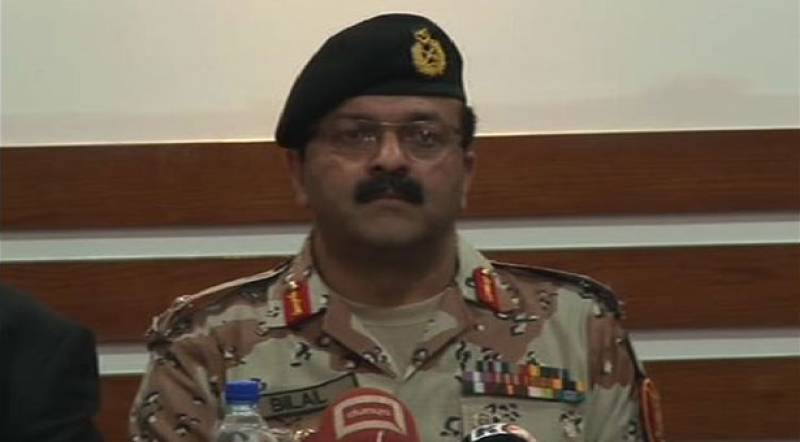 KARACHI (Staff Report) - Director General Sindh Rangers Major General Bilal Akbar has warned that any attempt to disturb normal life in Karachi will not be tolerated.

In a statement he assured to provide full protection to the people, and urged the general public to continue routine activities without fear.

The Muttahida Qaumi Movement (MQM) had given a call to observe strike to protest against Rangers' raid on the house of its leader Dr Farooq Sattar on Tuesday night.

Sattar later condemned the raid, saying that he had tried to contact DG Rangers Sindh to express his concerns but was not successful. He alleged that the Rangers had raided his house without permission of the NA speaker.

On the other hand, Sindh Rangers said a letter was written to the Sindh Assembly speaker, informing him that the MPA Kamran Farooqi was wanted in an investigation and the raid was an attempt to arrest the MQM lawmaker.