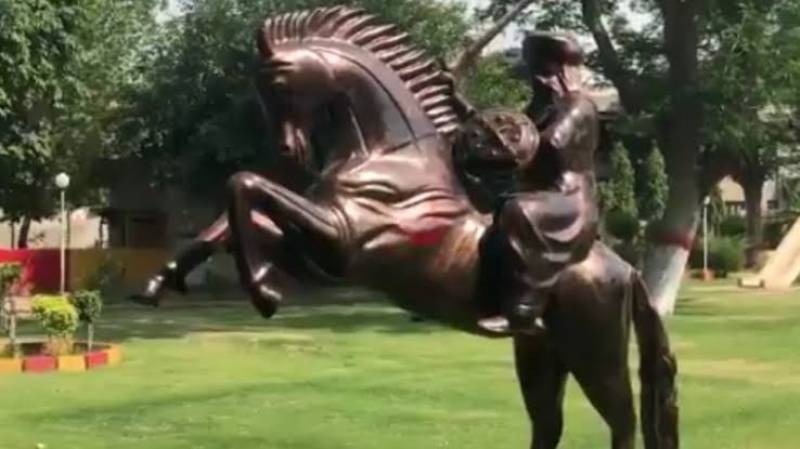 The action adventure serial full of sword fights, Dirilis:Ertugrul, has become a major hit in Pakistan and people just can’t stop obsessing over it.

The community members of Maraghzar Housing Scheme in Lahore are so enthralled by the Turkish dram, based on the character of Ertugrul, that they have paid a tribute to him by building a statue in their neighbourhood.

The warrior in the statue can be seen riding a horse with a sword in his hand.

The popular TV series is being aired on the Pakistan Television in Urdu language and was recommended by PM Imran Khan himself.

Many leading cast members of Ertugrul have expressed their desire to meet Pakistani fans as they are overwhelmed by the response they have received.