Pakistan refuses to give military bases to US to ‘look after national interest’: Qureshi 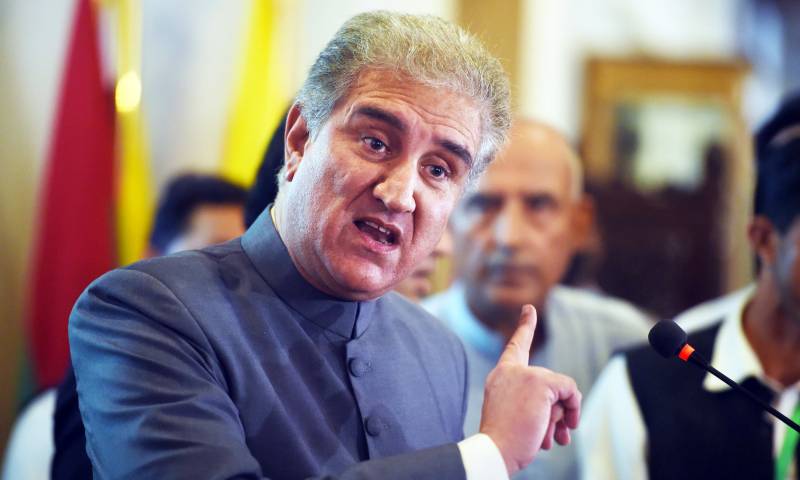 LAHORE– Islamabad has told Washington that it would not give military bases as Pakistan has to look after its own interests, Foreign Minister Shah Mehmood Qureshi said Monday.

Qureshi, while responding to a US media report related to bases in the South Asian country for operations in Afghanistan, said ‘Pakistan has refused to give military bases to the United States, adding that incumbent government has told all political parties that they have no intention to allow any US military base’.

Presenting the country’s response to the report of a leading American newspaper, he said it could be their wish but there no question of allowing them to operate from Pakistan as we have to keep in mind our own interests, the PTI leader clarified.

Foreign Minister continued saying peace in Afghanistan is of paramount importance for the region, but there are some elements who do not want peace. We want to see the peace process going forward along with the withdrawal of troops. The world does not consider Pakistan part of the problem anymore, he further added.

As CIA continues efforts to secure a military base inside Pakistan to carry out counterterrorism strikes inside ...

On Monday, a report of the New York Times stated that the US continues to focus on Pakistan for a military base in the region, although some American officials believe the negotiations have reached an impasse for now.