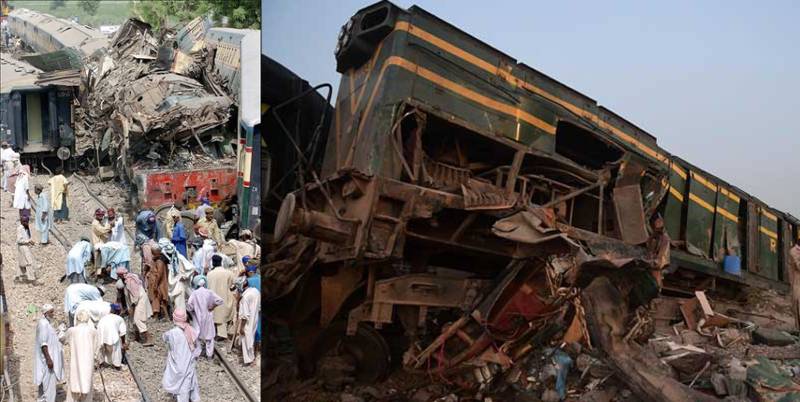 SUKKUR – Investigators probing the crash in which two passengers' trains collided in Sindh’s Ghotki believed that the track's welding joint broke, which caused the Millat Express train to crash onto a down track.

The report of the private news channel cited that the initial investigation report of the Ghotki train crash has been finalised in which at least 62 people were killed and over 100 injured. The accident took place when the welding joint of the up track's right side busted, causing 12 coaches to crash onto a down track.

Following that, the Karachi-bound Sir Syed Express rammed into Millat Express' coaches on the down track.

SUKKUR – The death toll from the collision between Millat Express and Sir Syed Express near Ghotki has risen to ...

The report further added that experts are retrieving data from the black boxes of both train engines as all the communication will be included in the investigation report.

Meanwhile, the rescue operation has been ended after around 29 hours while the track has also been restored however the officials have been told to minimize the speed of trains traveling on affected routes for time being.

ISLAMABAD – India’s High Commission has sent condolences to the victims of the Ghotki train accident, which ...