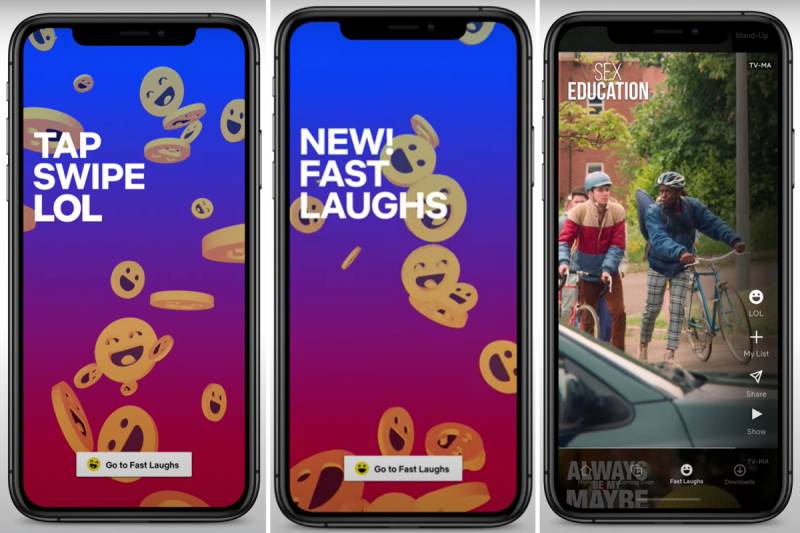 CALIFORNIA – One does not have enough time to watch an entire episode to watch the best moments of laughter. Netflix has taken notice of it and launched a new feature termed as ‘Fast Laughs’.

For the time being, the new feature is only available in selected countries on iOS devices and android users will get it in a few days. A quick look at the feature shares resemblance to TikTok and Instagram reels.

At the moment, different short clips from the series Big Mouth or stand-up comedy specials like Jerry Seinfeld and Ali Wong are being showcased. In case a user finds a clip interesting, there is an option to save the title of the film and watch it later within the app.

“Since the company always aims to look for new ways to make discovery easier for members, and also keep them entertained with the best content possible, the addition of Fast Laughs will definitely offer users the pinch of laughter or may even serve as a mood booster to keep them going throughout the day”, said Patrick Flemming, director of product innovation at Netflix.

In their last earnings report, Netflix has mentioned TikTok as a major competitor considering how TikTok is becoming the ultimate king in terms of engagement with every passing day. Conssidering the fact that both of these platforms make different kinds of content, but still consumers are preferring to spend more time on TikTok than on Netflix. Hence, the competition comes into play then.

Amid the coronavirus pandemic, Netflix saw an immense surge in subscriber growth as it successfully surpassed 200 ...