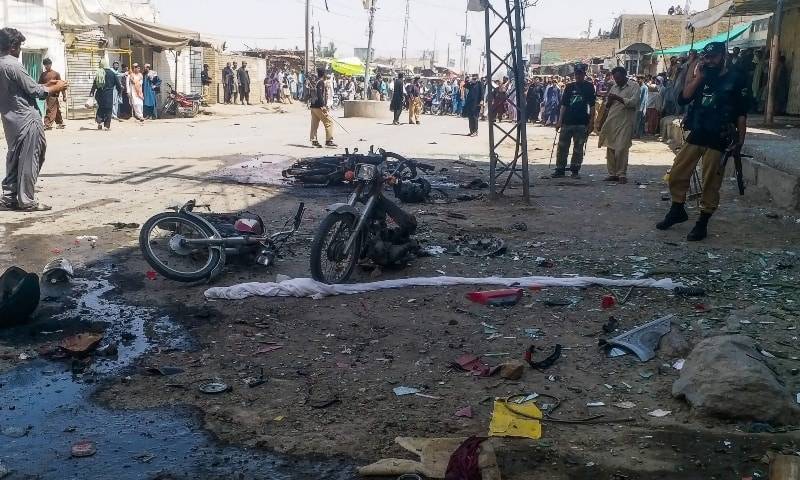 QUETTA – Five Frontier Corps (FC) personnel were martyred and more than 35 suffered injuries in a blast in Sibbi on Tuesday.

Reports in local media said a massive blast was heard around the Jail Road area of Sibi along with gunfire that left at least 5 security personnel dead.

The blast took place reportedly during President Arif Alvi's visit to the annual Sibi Mela. The targeted convoy was part of the security deployment surrounding the President's visit to the southwestern region.

The injured persons were rushed to Civil Hospital Sibbi for treatment. An emergency has been declared at all government hospitals of Balochistan capital and the staff has been put on alert.

Some of the injured are said to be in critical condition. Officials have not revealed the nature of the blast however some reports suggest that it was a remote-controlled detonation.

Balochistan Chief Minister Mir Abdul Quddus Bizenjo condemned the incident and ordered to provide the best possible medical treatment to those injured in the explosion. He termed the terror attack as an attempt to sabotage the annual festival and overall peace in the province.

PESHAWAR – A powerful explosion hit a mosque during Friday prayers in northwestern province of Khyber Pakhtunkhwa ...

The incident occurred days after the Peshawar mosque bombing that killed 62 worshippers and nearly 200 were injured.