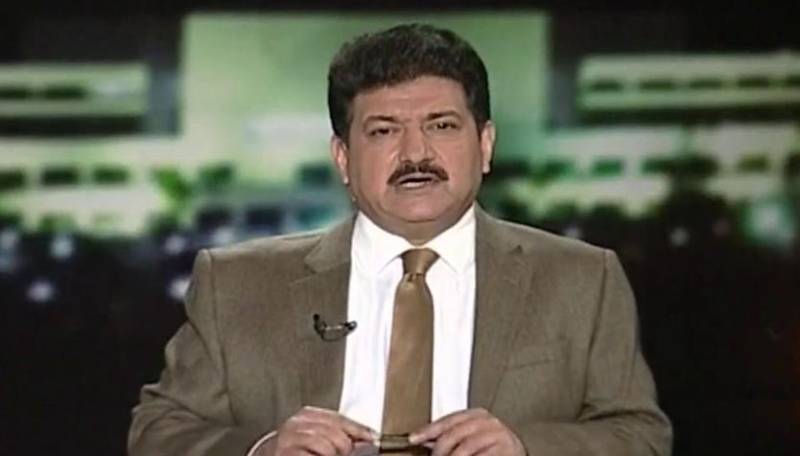 ISLAMABAD – Seasoned Pakistani journalist and TV show host Hamid Mir has returned to Geo News nearly nine months after his talk show was sent off air for delivering a fierce speech against the army at a protest in the country’s federal capital.

Earlier in the day, PPP Co-chairman Asif Ali Zardari made the announcement during a press conference, saying the famous host of the prime time show Capital Talk will make his comeback. Mir was also banned in 2007 by a military dictator.

Felicitating Mir on his return, the PPP leader said nobody had the right to silence anyone in a democracy.

Known for interviewing Al-Qaeda chief Osama bin Laden after the 9/11 attacks, Mir was barred from conducting his talk show after he criticised the state institutions during a rally outside the National Press Club in Islamabad in May 2021.

The 55-year-old made harsh remarks after an attack on journalist Asad Ali Toor. However, he apologised later for the speech but remained off air until today when opposition parties filed a no-confidence motion against Prime Minister Imran Khan.

Politicians, journalists and rights activists took to social media to cheer the moment.

Congratulations Hamid Mir and Batool Rajput for returning to the screen.

Hamid mir back on screen. Welcome back sir @HamidMirPAK

Earlier, Mir told a news outlet that he was barred by his channel for uttering controversial remarks. The administration made the decision under pressure, he mentioned.

ISLAMABAD – Pakistani celebrated journalist and anchor of a prime time show has responded after being barred from ...

Many mainstream channels in the South Asian country were forced to keep specific media personnel off air. The country of nearly 221 million ranks as the fifth most dangerous country for journalists.