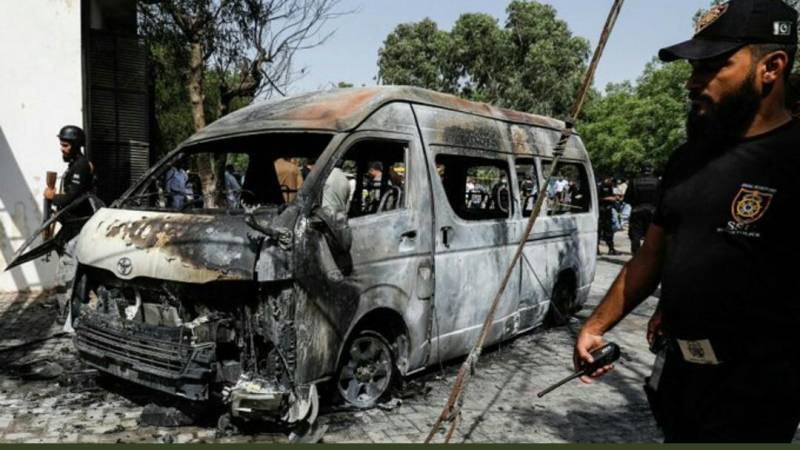 ISLAMABAD – The Chinese confidence in Pakistan’s security system’s ability to protect their citizens and their projects is seriously shaken.

These views were expressed by Chairman of the Senate Defence Committee Senator Mushahid Hussain while talking to a local newspaper.

The Karachi University attack was the third terrorist attack on Chinese citizens on Pakistani soil in a year in which three Chinese among four killed.

The attack was claimed by the separatist Baloch Liberation Army, as security forces said the attacker had specifically targeted the Chinese workers.

Last week, Senator Mushahid led a Senate delegation to the Chinese embassy to express his condolences over the loss of Chinese lives in the attack.

Criticising the security arrangements, the senator said security agencies seemed to have been caught napping. “If such attacks continue, not just Chinese but other foreign investors will be forced to review their role in Pakistan,” he added.

At a media conference in Beijing, Chinese Foreign Ministry Spokesman Lijian Zhao expressed hope that “the plot of terrorist forces to undermine the two countries’ mutual trust and cooperation will not succeed”.

He said the Chinese side would work with Pakistan to conduct a thorough investigation, reveal the truth, bring the perpetrators to justice, and explain to the people of both countries.

Chinese workers in Pakistan have also been targeted by militant groups in the past.

In July 2021, 10 Chinese nationals were killed after an explosion on their bus in Khyber-Pakhtunkhwa province.

Chinese nationals have also been attacked by separatists in Balochistan, where Beijing is involved in huge infrastructure projects as part of its Belt and Road Initiative.