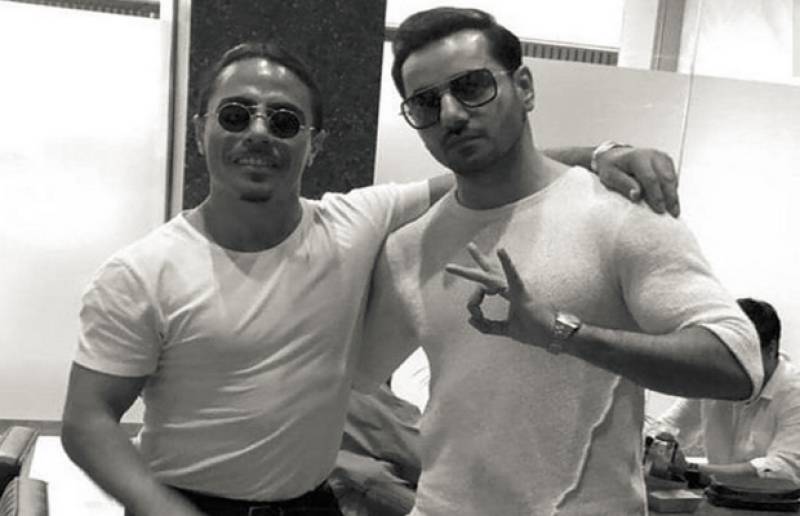 LAHORE - Acclaimed Turkish chef Nusret Gokce, famously known as Salt bae is all set to open up a restaurant in Pakistan.

Taking it to social media, Adeel shared a video of the two food enthusiasts from Dubai. In the inaudible video, the two seemed to be highly involved in a conversation and we are hoping it’s about the upcoming restaurant.

According to our guesses, the restaurant will serve Salt Bae’s signature meat dishes as well as burgers. Also, knowing Adeel’s Junoon cuisine, we might also get some Pak-Turkish fusion cuisine too – We simply can't waittttt?

DUBAI - The UAE-based English daily, Gulf Today have recently conducted a survey recently to rank the most handsome ...

So far the details are not being revealed regarding any restaurant in the making. For now, we can only keep guessing where Salt Bae would be setting up his first camp in Pakistan.

What do you guys think about this? Let us know in the comments box below.